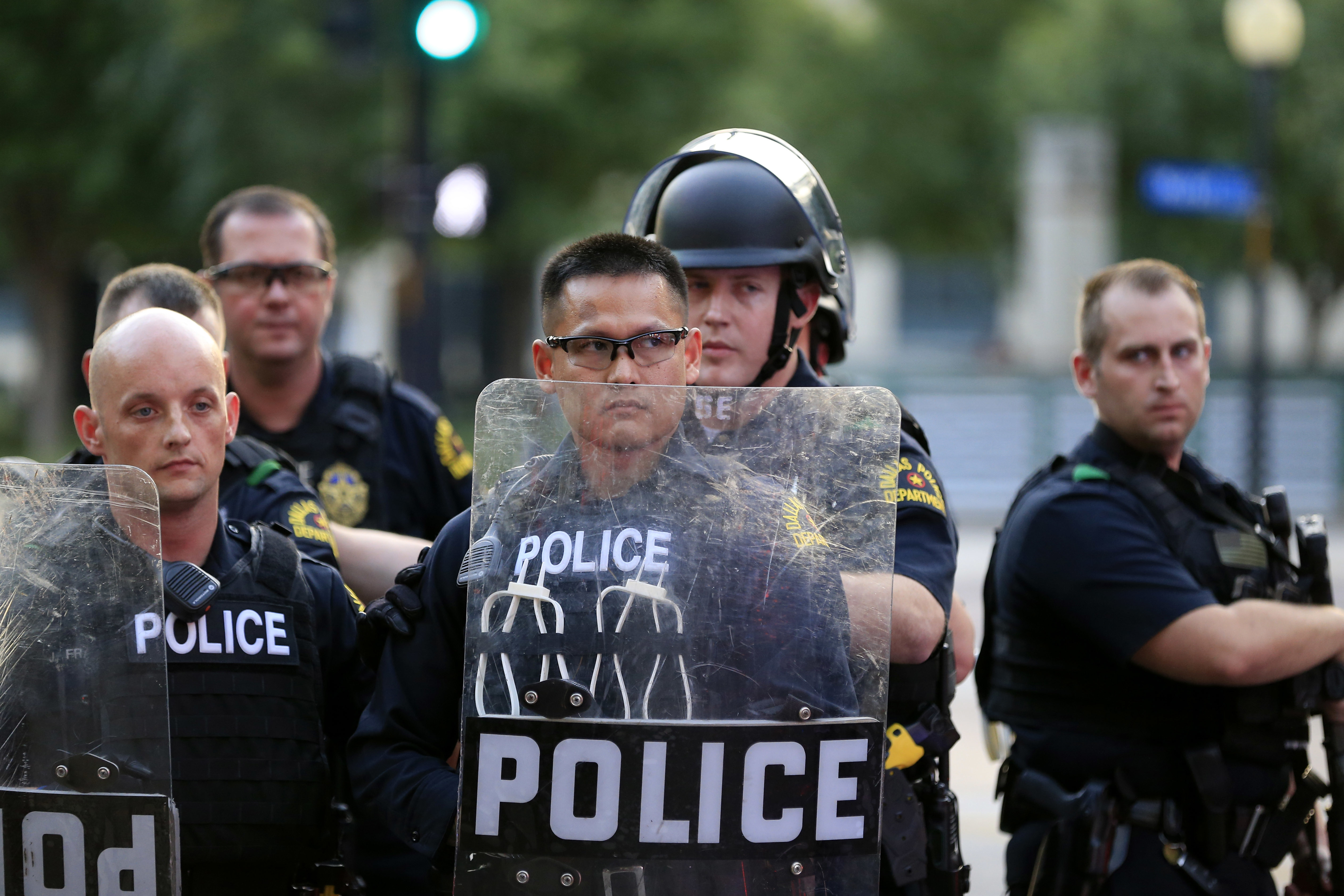 Hundreds of potential recruits are lining up to join the Dallas Police Department after last month's deadly ambush of officers.

Police Chief David Brown delivered a call to action after the shooting rampage during a Black Lives Matter protest that killed five officers and wounded nine others.

"Become a part of the solution, serve your communities. Don't be part of the problem," Chief Brown said.

Chief Brown's challenge was met with a hardy response. His message resonated with people in Dallas and surrounding communities, encouraging those who want to see change within the police department to join its ranks by applying to the force, reports CBS News correspondent Omar Villafranca.

"That was very strong, and a very much needed statement that he put out there," Aranda said.

In the weeks after the attack, 467 people applied to join the Dallas Police Department, nearly a 250 percent increase in applications compared to the same time frame a month before. Although Dallas PD does not have the demographics of these new recruits yet, Sgt. Aranda said having a diverse force is important.

"What point of view do minority police officers bring to the force that an all-white force won't?" Villafranca asked.

"A sense of culture. Recognizing the culture, being able to talk and understand that different aspect of reaching out to the Latino or the African American community," Aranda said.

Jaiston Sawyer is one of those people who took Chief Brown's message to heart. He works a security job now, but was a military police officer during his time in the Navy.

Community activist Dominique Alexander helped organize the march the night the officers were killed. He believes the issue is less about color and more about community connection.

"If there's somebody who's thinking about applying but they haven't made up their mind, what would you tell them?" Villafranca asked.

"If you really want to change what the police are doing in your community, you're going to have to go out there and do it yourself. You can't rely on other people to be better police," Sawyer said. "The best way to see a better police force is to be the change that you want to see."

Applications continue to pour in, but only about 15 percent of those who apply will make it through the initial application process, which takes three to four weeks. Those who do make it face another year or more before they can start patrolling the streets.

Inside NSA Hawaii, the "front lines" of intelligence gathering