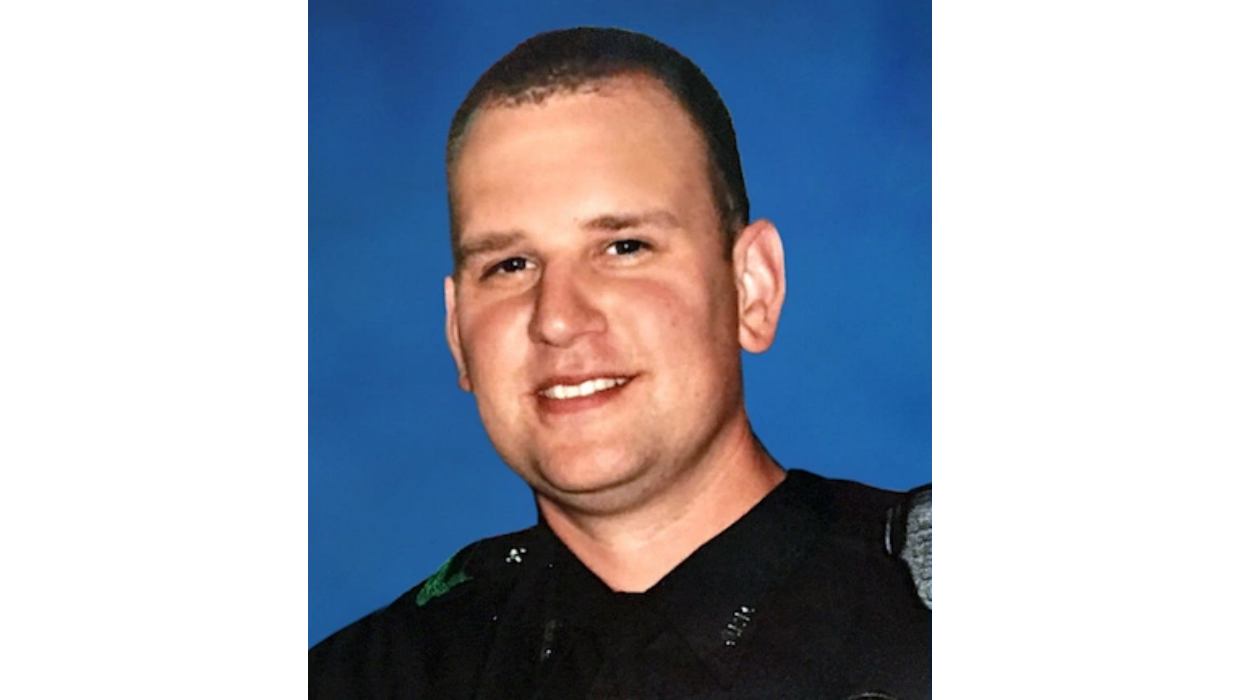 PLANO, Texas -- A large U.S. flag hung from the ladders of two fire trucks as hundreds of mourners gathered for the funeral of Michael Krol, a Michigan native who moved to Dallas to become a police officer.

Krol was one of the five officers killed last week by a lone gunman during a march to protest recent fatal shootings of black men in Minnesota and Louisiana by police. He had been with the Dallas Police Department since 2007, according to CBS DFW.

Law enforcement personnel from across the country attended the service Friday at Prestonwood Baptist Church in the Dallas suburb of Plano to honor the 40-year-old Krol.

The funeral began at 11 a.m. and will end with an honor guard ceremony, according to the station.

Officer Sean McGraw, of the Highland Park Police Department in New Jersey, said he just had to attend.

"It doesn't matter where it is. You know, when tragedy happens we are just one big family. You might not know then, so to say, but we are compelled as a family to keep together," he told CBS DFW.

Another funeral is planned for Krol next week in Michigan, where he will be laid to rest.

Krol's mother said in a statement that he was a caring person who wanted to help others.

Late Friday evening, an open visitation will be held in Fort Worth for Dallas Police Officer Patrick Zamarripa, 32.

The Fort Worth native had served three tours of duty in Iraq with the U.S. Navy.

Funeral services for Zamarripa will be Saturday at 11 a.m., and the officer will be buried at DFW National Cemetery.