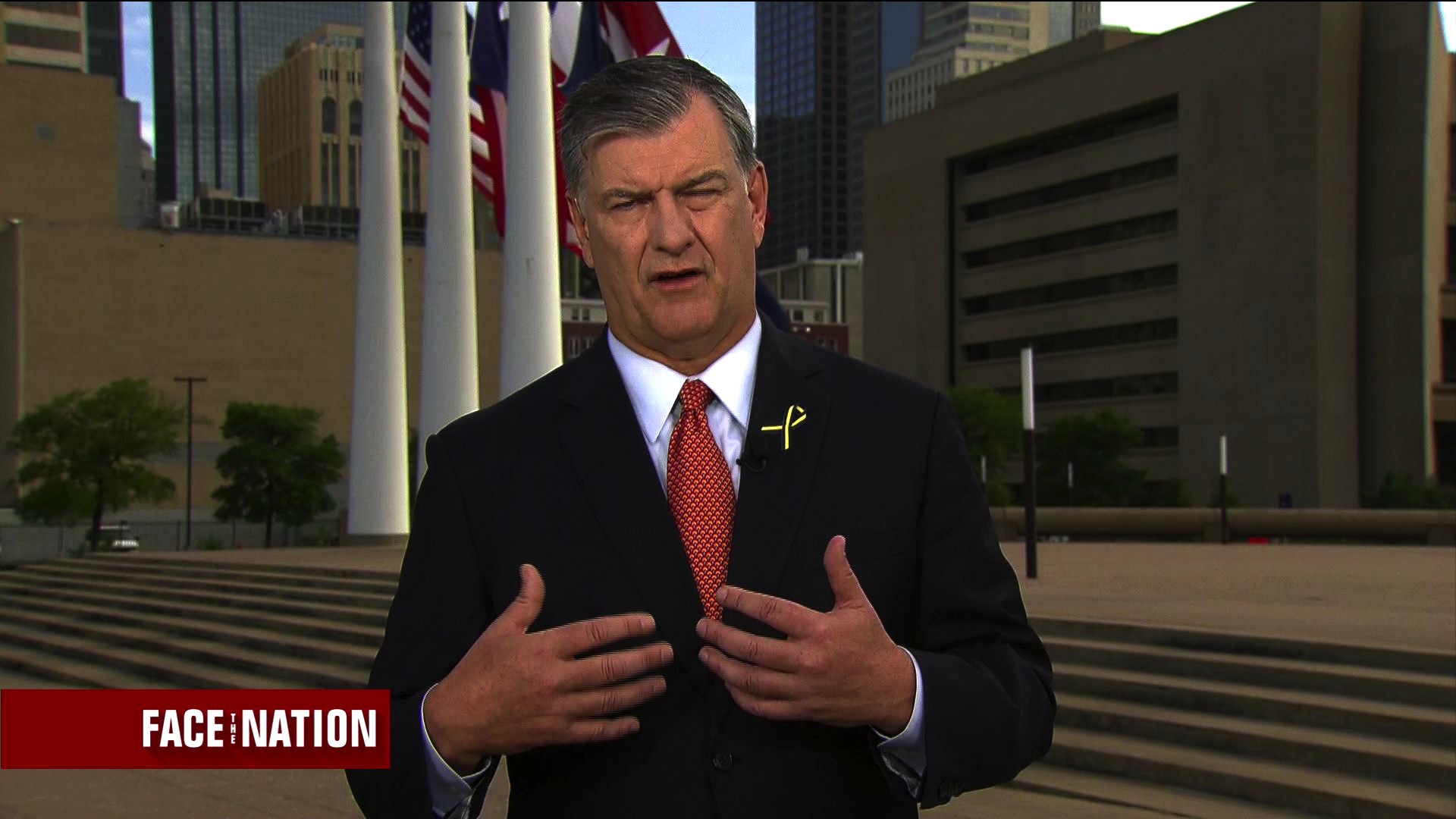 Dallas Mayor Mike Rawlings said Sunday that open carry gun laws made it difficult for police to tell, in the aftermath of the shooting that killed five police officers Thursday night, who was a suspect and who wasn't.

"That is one of the real issues with the gun right issues that we face, that in the middle of a firefight, it's hard to pick out the good guys and the bad guys," he said on CBS' "Face the Nation." "...The common sense would tell you you don't know where the gunfire is coming from, there were individuals that ran across the gunfire ... so it sure took our eye off the ball for a moment."

He said the reason the officers brought people other than the shooter in as suspects is because, in the heat of the moment, it was unclear who was actually involved in the shooting and who just happened to be carrying a gun.

"When you have gunfire going on, you usually go with the person that's got a gun," he said. "And so our police grabbed some of those individuals, took them to police headquarters, and worked it out and figured out they were not the shooters."

Rawlings said he "completely" agreed with the Dallas police chief's decision to use a robot-delivered bomb to kill shooter Micah Xavier Johnson, adding that at a certain point it became clear Johnson "may not be bluffing" about his desire to continue killing officers.

"We talked to this man a long time, and he threatened to blow up our police officers, we went to his home we saw that there was bomb-making equipment later," he said. "So it was very important that we realize that he may not be bluffing. So we ask him, 'Do you want to come out safely or do you want to stay there and we're going to take you down?' And he chose the latter."

In the aftermath of the attack, Rawlings said police are working to determine whether Johnson acted alone or had help in some way.

"We keep looking into his files, talking to his neighbors, his family," he said. "Our objective is to see if there's anybody that aided and abetted him, conspired with him. That is going to probably take some days."

What comes next for Dallas, Rawlings said, is some real soul-searching about how to overcome the attacks and "see a better narrative" out of everything that happened.

"I think we are a laboratory for the United States," he said. "Can we, in a moment of crisis when officers are fallen, forgive? Can we disagree without demonizing? Can we see a better narrative as opposed to just absurdity, that there is redemption as we build this great city? I believe we can."