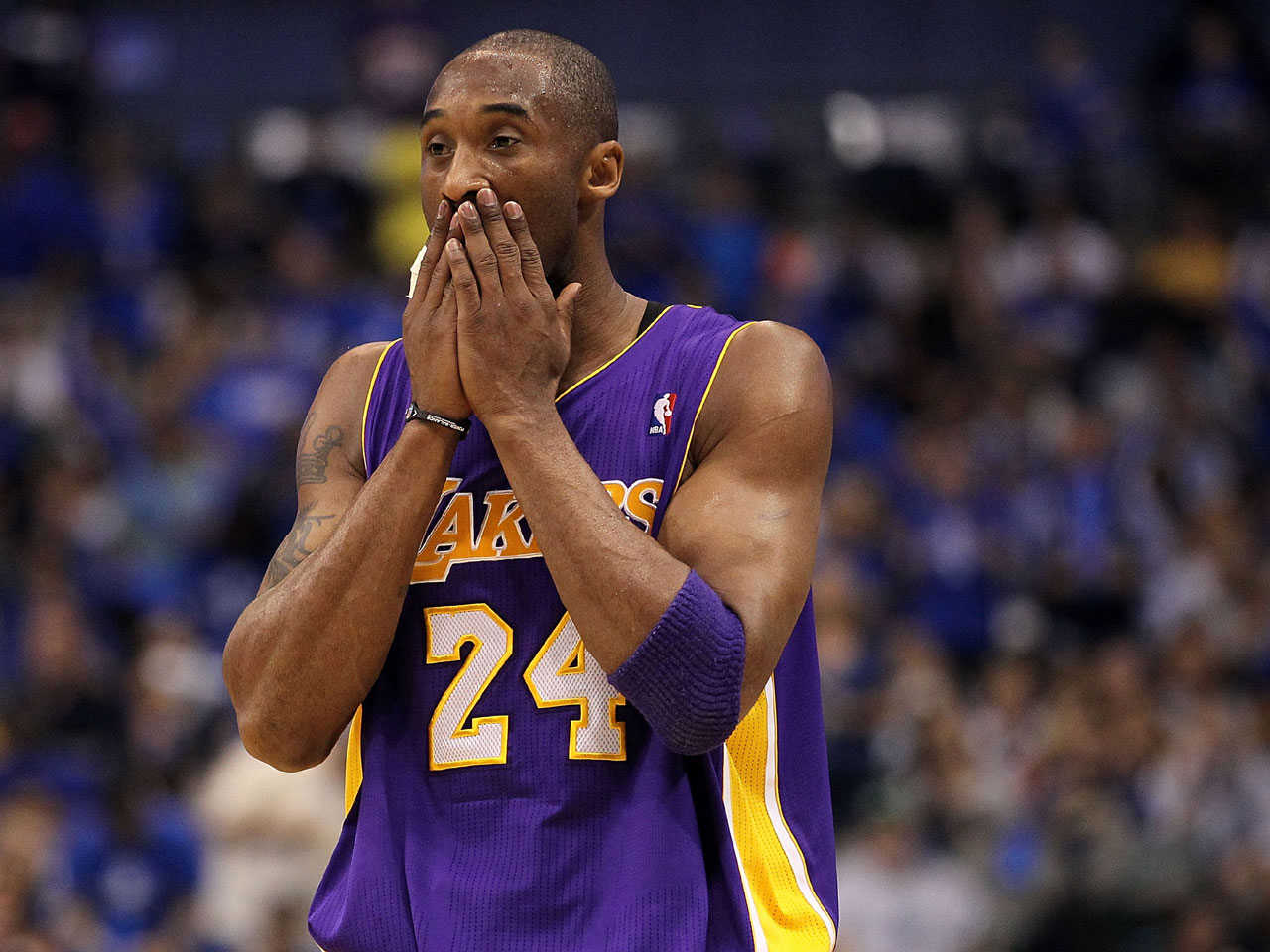 So long, chances for another Lakers three-peat.

Jason Terry tied an NBA postseason record with nine 3-pointers and the Mavericks matched a league playoff mark with 20 3s on their way to a 122-86 victory over the Lakers on Sunday and a sweep of their second-round series against the most successful coach in NBA history and the two-time defending champions.

Terry made five 3s in the second quarter, personally outscoring the Lakers 20-16 in the period and helping Dallas lead by 24 at halftime. When Terry made 3s on consecutive possessions early in the third quarter, he drained whatever comeback hopes Los Angeles had left.

Early in the fourth quarter, the Lakers were so devastated that Lamar Odom and Andrew Bynum resorted to throwing cheap shots. They were ejected 45 seconds apart, with Jackson sitting on the bench looking as if he'd already checked out. Kobe Bryant soon joined him on the sideline, with deep reserves playing out the final minutes of what turned out to be the second-widest margin of defeat in Lakers playoff history and in Jackson's storied playoff career.

Jackson left the court with a tight smile, accepting hugs and handshakes from Dallas coach Rick Carlisle, Jason Kidd and Mark Cuban. It was the first time he'd been swept in his 21 postseasons on the sideline. It hadn't happened to Bryant and the Lakers since 1999, the year before the Zen Master arrived in Los Angeles. This is the fourth time any NBA champion defending multiple titles has been swept, according to STATS LLC. The last was the 1996 Houston Rockets.

For Nowitzki and the Mavs, clearing this hurdle sets them up for a chance to redeem themselves for flopping during the 2006 NBA finals and for flaming out in every postseason since.

Dallas will host either Oklahoma City or Memphis in the conference finals. The Grizzlies lead the Thunder 2-1 going into Game 4 on Monday night. The next round may not start for an entire week, a layoff that could pay huge dividends for a roster filled with players in their 30s.

Then again, they might want to keep playing the way they're going.

Terry made 11 of 14 shots for 32 points, missing more inside the arc than outside. He fell a few points shy of his most in a playoff game only because the game was such a blowout. J.J. Barea set a career playoff-best with 22 points and Peja Stojakovic added 21 points. All three of those guys come off the bench.

Nowitzki scored 17 points — his fewest this postseason. Dallas was so good in this game it hardly needed its best player. He was still in during the fourth quarter and took the blindside blow that led to Odom's ejection.

Soon after, Barea took a Bynum elbow to the 'M' on his Mavericks jersey while up in the air after releasing the ball for a layup. Fans threw things toward the court and officials scrambled to keep the peace. Bynum took off his jersey and was escorted to the locker room by Ron Artest, of all people. Artest was suspended from Game 3 because of his shot on Barea in the closing seconds of Game 2.