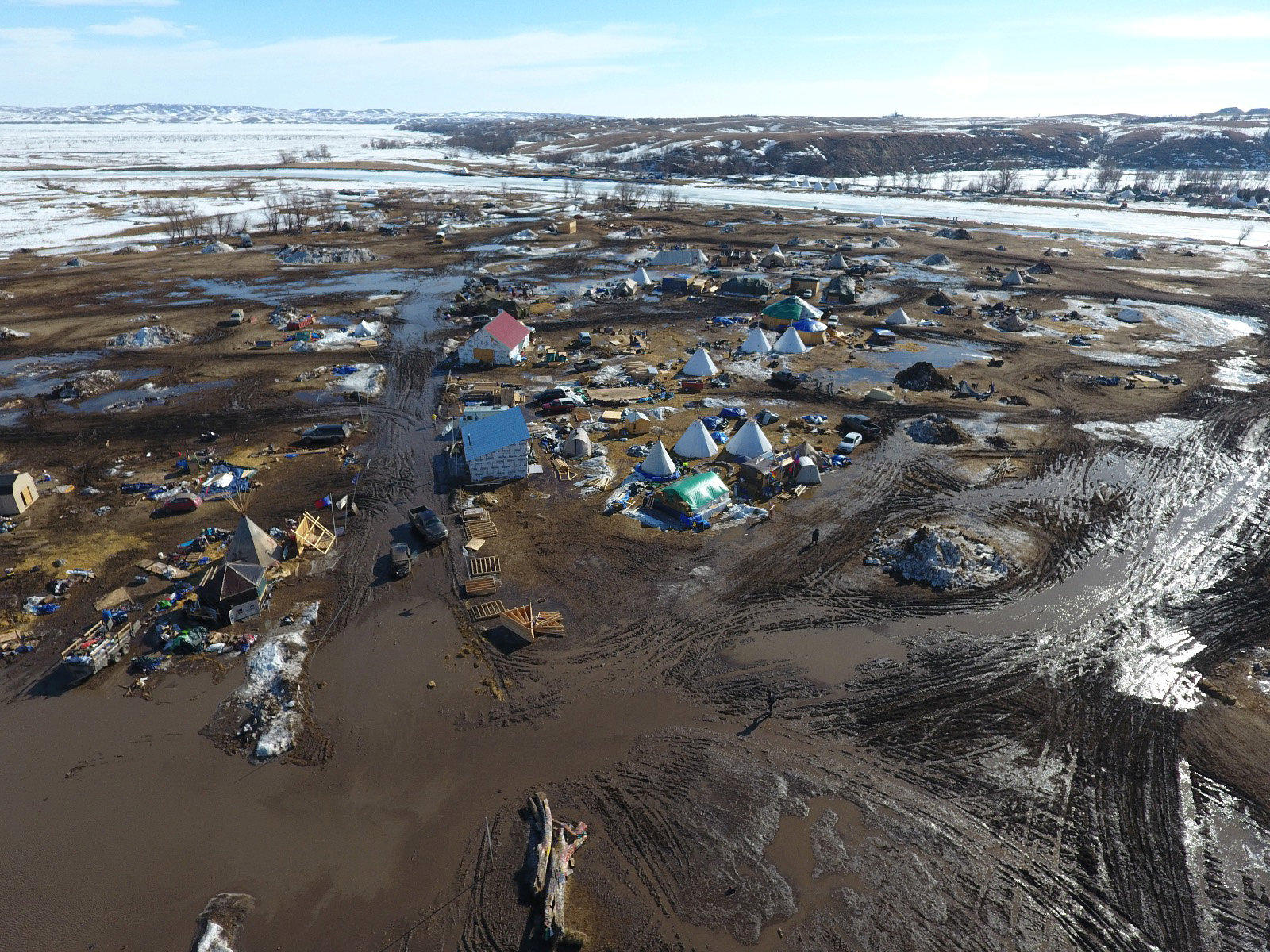 BISMARCK, N.D. -- The Army Corps of Engineers’ plan to close a Dakota Access pipeline protest camp that’s been around for more than six months isn’t likely to be the demise of on-the-ground opposition in North Dakota.

Wednesday’s deadline for the protesters to leave also may not spell the end of heavy law enforcement presence near where the Dallas-based developer is finishing the last big section of the pipeline, which will carry oil from North Dakota through the Dakotas and Iowa to a shipping point in Illinois.

The protest camp is on federal land in southern North Dakota between the Standing Rock Sioux Reservation and the pipeline route. It has at times housed thousands of people, though it’s dwindled to just a couple hundred as the pipeline battle has largely moved into the courts.

The Corps has told those who remain in the Oceti Sakowin camp that they needed to leave by 2 p.m. Wednesday. Gov. Doug Burgum listed the same time and date in an emergency evacuation order last week.

Large-scale arrests are possible at the camp Wednesday, said Morton County sheriff’s spokeswoman Maxine Herr, but she insists that’s not want authorities want. Though law enforcement and state officials in the past said they wouldn’t forcibly evict protesters, they now cite the coming threat of spring flooding as a safety issue that requires clearing the camp.

“We prefer to handle this in a more diplomatic, understanding way,” she said, adding that a transition center will be set up to help protesters who don’t have a place to go.

Some protesters plan to move, but some in the camp are ready to go to jail and “will engage in peaceful, civil resistance ... holding hands, standing in prayer,” said American Indian activist Chase Iron Eyes.

Morton County sheriff’s deputies can arrest people who won’t leave. Army Corps rangers who are in the area can’t make arrests, but they can write citations for various offenses including trespassing that carry a maximum punishment of a $5,000 fine or six months in jail, Corps Capt. Ryan Hignight said.

More than 700 protest-related arrests have occurred since August, though activity has waned recently.

While some in camp feel “under threat” by Wednesday’s deadline, most are focusing on moving off federal land and away from the flood plain, said Phyllis Young, one of the camp leaders.

“The camps will continue,” she said. “Freedom is in our DNA, and we have no choice but to continue the struggle.”

Other camps are popping up on private land in the area, including one the Cheyenne River Sioux has set up about a mile from the Oceti Sakowin camp.

“A lot of our people want to be here and pray for our future,” tribal Chairman Harold Frazier said.

Once the main camp is cleared of people, cleanup of trash and debris that’s being coordinated by the tribal, state and federal governments will continue. More than 1,000 tons of waste had been removed by contractors as of early Tuesday, though dozens of semi-permanent structures remained, according to Herr. Dozens of abandoned vehicles also remained, according to George Kuntz, vice president of the North Dakota Towing Association.

CBS Bismarck, North Dakota affiliate KXMB-TV says the Army Corps, private companies and protesters themselves have been rushing to get the camp clean.

“The pressure is hard on people, and in an extreme environment it’s a big challenge that takes a toll for sure,” said Tree.

Law enforcement for months has maintained a staging area just north of the protest camp. With cleanup continuing, construction ongoing and protesters still in the area, it’s unclear when the operations center will be shut down.

“That will be a tactical decision,” said Mike Nowatzki, a spokesman for Gov. Burgum.