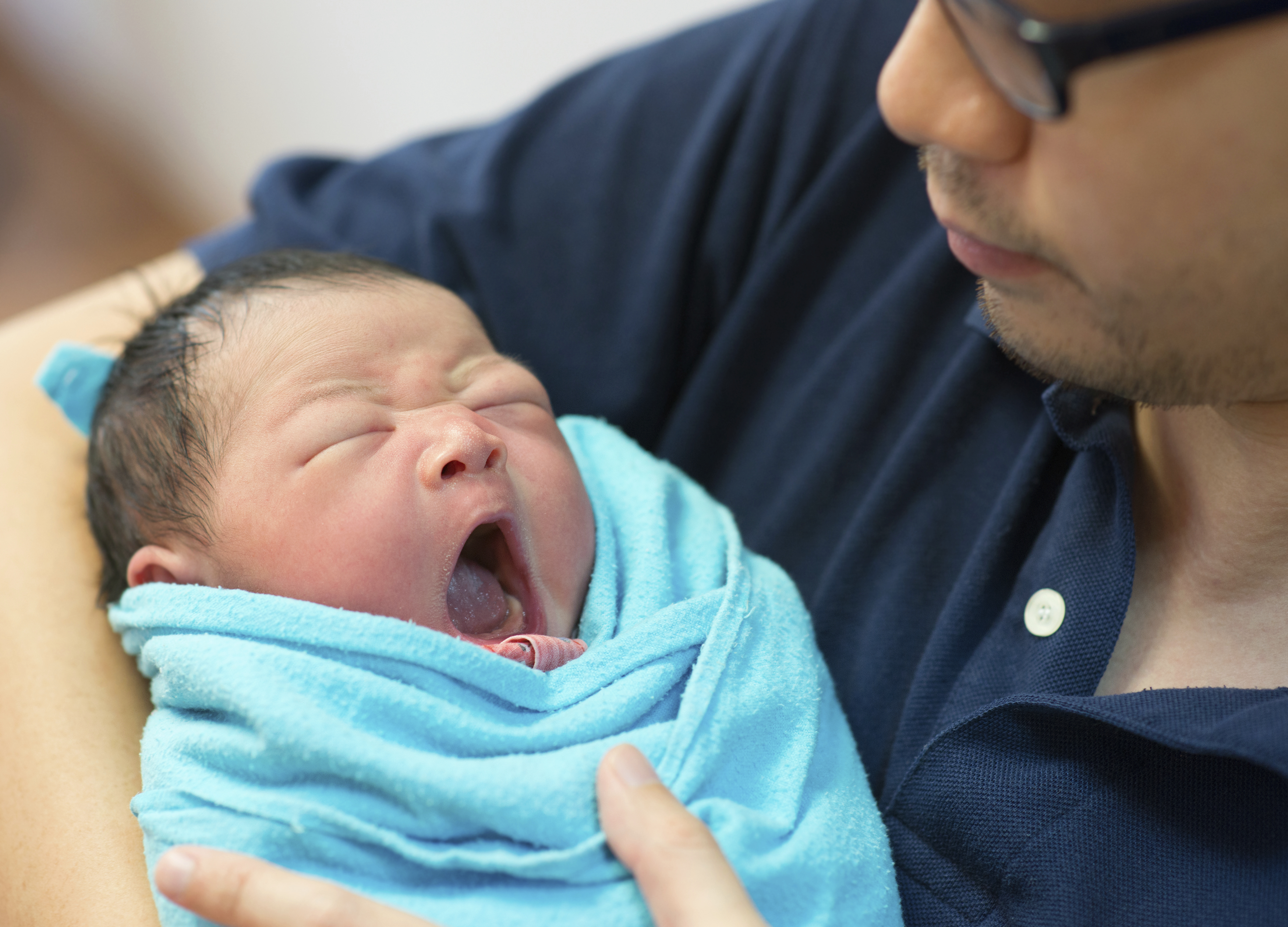 New moms and moms-to-be have gotten lots of attention when it comes to the baby blues, but expectant dads may feel stressed, worn down, and anxious about the ins and outs of pregnancy and new parenthood, too.

Researchers from McGill University Health Center in Montreal, Canada, reported in The American Journal of Men's Health that more than 13 percent of first-time expectant fathers reported elevated symptoms of depression during their partners' pregnancies.

For the study, 622 Canadian men filled out online questionnaires that measured factors such as mood, physical activity, sleep quality, social support, and financial stress. The researchers found that sleep difficulties in particular were linked to a greater risk of experiencing depressive symptoms.

"While the transition to parenthood is exciting and joyful, it can also be stressful," said senior study author, Dr. Deborah Da Costa, a researcher in the division of clinical epidemiology at the Research Institute of the McGill University Health Centre and an associate professor in the Department of Medicine at McGill.

"There's a lot of focus on moms during pregnancy and after the baby comes, but our study shows dads can go through an emotional period as well and that they have concerns and worries, too," Da Costa told CBS News.

De Costa said that while women often talk with friends, sisters or other family members about their pre-baby worries, men may not have the same emotional support networks.

"We need to normalize this for men, too, and be aware that there can be difficulties and adjustments for them, as well," she said.

Dr. Philip Muskin, a professor of psychiatry at Columbia University Medical Center and chief of service of Consultation-Liaison Psychiatry at New York-Presbyterian Hospital, said it's important to clarify that the researchers looked at depressive symptoms, which are not the same as depression.

"We don't want to confuse the two. The baby blues are different from depression. We don't want to pathologize depressive symptoms," said Muskin, who is also a member of the scientific program committee at the American Psychiatric Association and was not involved in the study.

While the symptoms reported in the study can be red flags for depression, he said they may be issues that can be addressed through talking and additional support, but not necessarily a condition that requires medication.

Muskin said at prenatal appointments, obstetricians should ask expectant dads how they are doing, or if the father-to-be isn't there, ask pregnant women about their partner's well-being.

"If the man is worried about the new financial responsibility of a child, that's fairly normal," said Muskin, but if he's crying all day, he may need professional help and the couple should talk with a mental health provider.

Da Costa said prenatal classes and a mom's wellness check-up in the weeks and months after a new infant has arrived are good times to check in on the health of a new dad.

"We recruited men for this study from prenatal classes and it was wonderful to see the their reactions. They said, 'What? You want to speak to us?' They were very open to it," said Da Costa.

"This is such an important period in couples lives and there are long term effects on the marriage and raising the child's development," said Da Costa. "Teaching fathers and screening for this early on can be beneficial in terms of decreasing the risk or the continuation of depression postpartum."

She suggested that new dads and dads-to-be can find more information on preventing depression at sites such as dadcentral.ca and newdadmanual.ca.