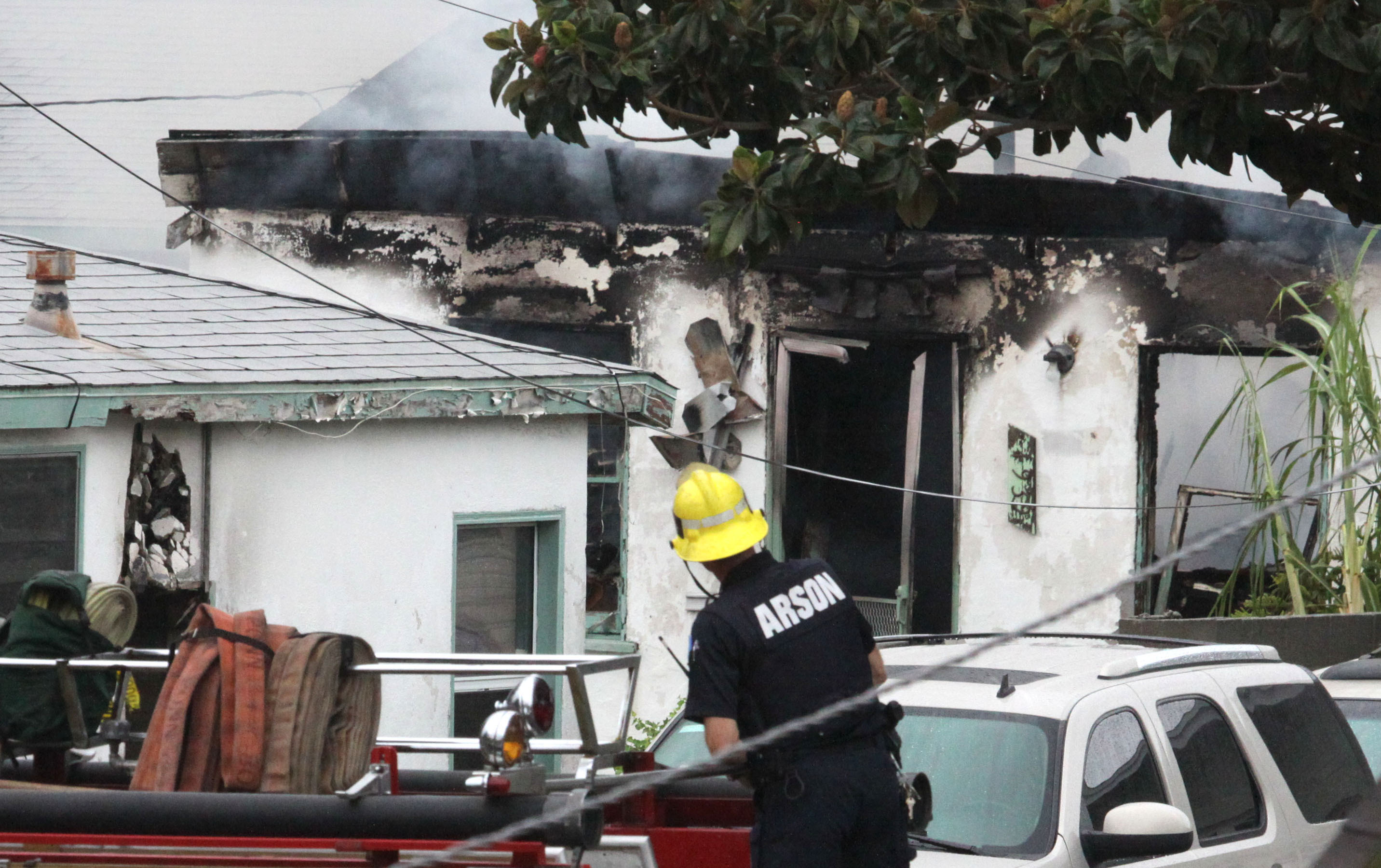 INGLEWOOD, Calif. A manhunt was underway Saturday for a masked gunman who set fire to his backyard bungalow before shooting five members of a Southern California family, killing a father and his 4-year-old son, police said.

Investigators believed Moses wore a dark cap and a white painter's mask when he entered the home and fired 10 times.

The 30-year-old father was shielding two of his children when he was shot, Fronterotta said, and his 28-year-old wife was shot in both legs but managed to carry the wounded 4-year-old out of the house.

Paramedics found her collapsed on the street. The child, who suffered a bullet wound to the head, died at a hospital.

"This is a horrific crime. It's inexplicable why somebody would do this," the chief said.

Police said Moses lived behind the family on the same property, and had known them for years. Fronterotta would not discuss the nature of the dispute, but the property owner told the Los Angeles Times that Moses had been fighting an eviction notice and recently lost his case in court.

A woman who knew the family, Judy Castellanos, told the Times that the suspect was reclusive and would not let anyone look inside his home.

"He had been asked to leave by the end of this month," she told the newspaper.

After the shooting, police evacuated about 15 nearby houses to search for Moses.

Firefighters also sifted through Moses' badly burned bungalow to determine whether he may have returned after the shooting, but have not found a body.

"There's a lot of rubble, we have to use back hoes to do the job," Lt. James Madia, a police spokesman, said from the scene.

The victims' names were not released pending notification of relatives.