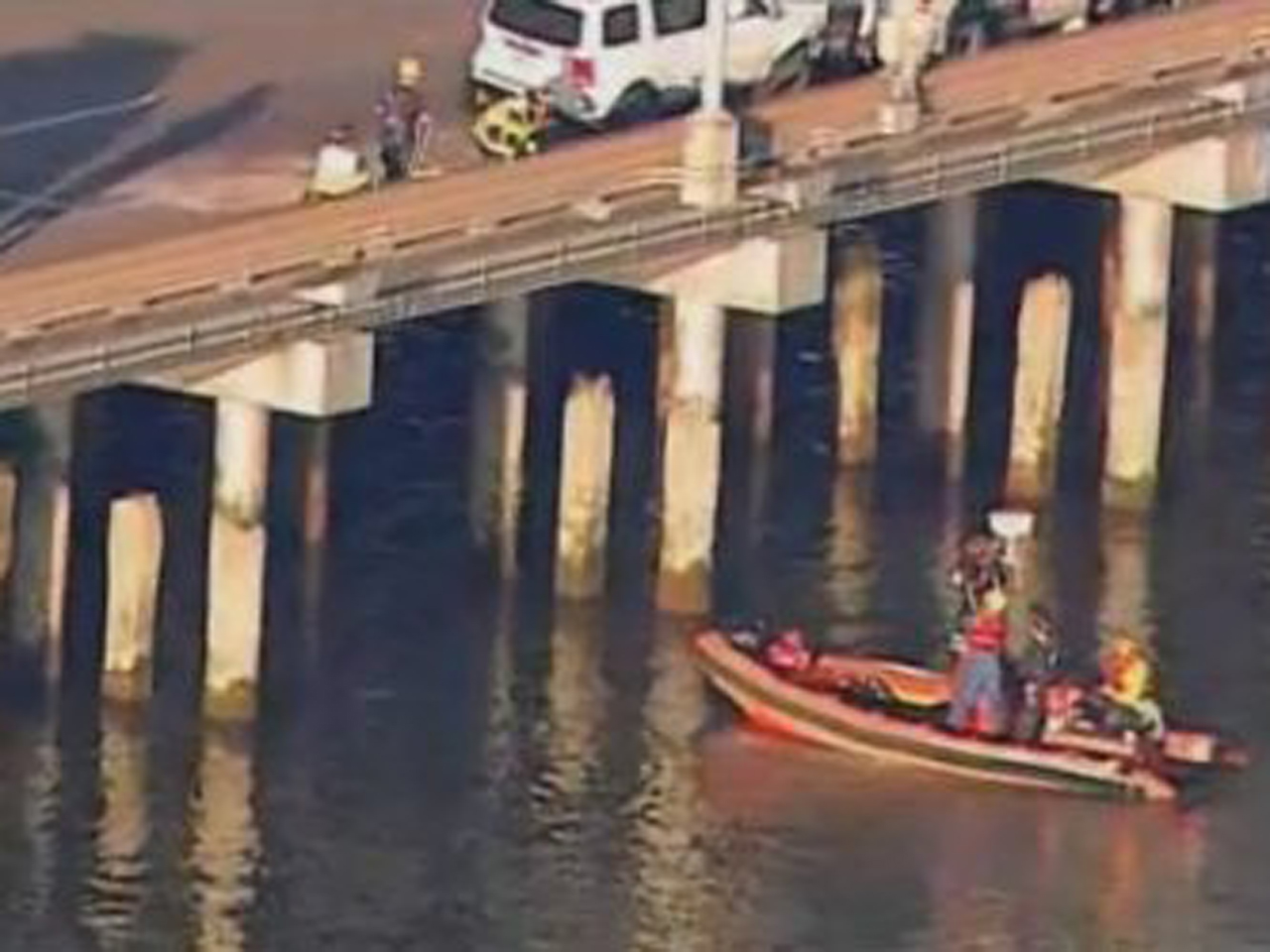 REDWOOD CITY, Calif. - A California man fell off a bridge Friday while he was allegedly trying to throw his wife off the bridge during an argument, San Mateo County’s district attorney said Tuesday, reports CBS San Francisco.

Xavier McClinton, 47, of Mill Valley, appeared in court Monday to be arraigned on one felony count of attempted murder and domestic violence in connection with the attack, which took place Friday afternoon on the San Mateo-Hayward Bridge.

Prosecutors say McClinton was driving with his wife of eight years when the couple began to argue.

During the argument, McClinton drove his car off the side of the roadway in an apparent attempt to crash it into the Bay, San Mateo County District Attorney Steve Wagstaffe said.

When the car hit a barrier and came to a stop, McClinton grabbed his wife, pulled her out of the vehicle and tried to throw her off the bridge into the water, Wagstaffe said.

Several motorists who witnessed the incident got out of their vehicles and prevented the victim from falling by grabbing her legs, according to Wagstaffe.

McClinton fell about 15 feet from the bridge into the Bay and was arrested after the Alameda County Fire Department pulled him from the water.

His wife suffered a gash stretching from the side of her mouth to her cheek that required several stitches to close, Wagstaffe said.

It was not immediately clear how she was injured, he said.

According to investigators, McClinton had been showing signs of paranoia in the two weeks prior to the attack. He had apparently said that people were trying to break into his home and kill him, Wagstaffe said.

The couple has three young children together, the district attorney said.

McClinton did not enter a plea at Monday’s hearing, according to the district attorney’s office.

He was scheduled to return to court on Friday and was being held without bail at San Mateo County Jail.