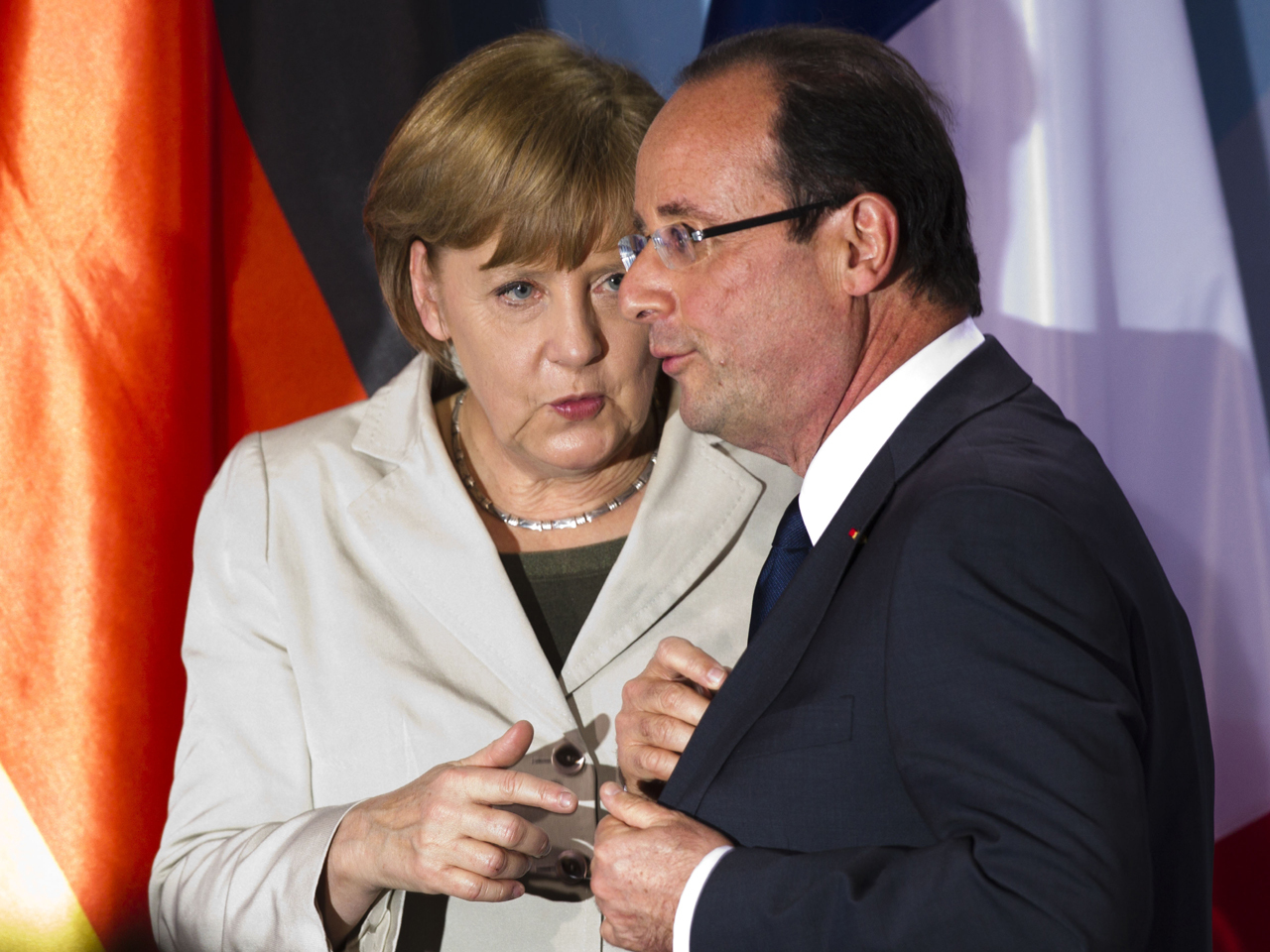 (AP) WASHINGTON - The leaders of eight of the world's biggest economies meet this weekend outside Washington, seeking to keep Europe's debt crisis from spiraling out of control and jeopardizing fledgling recoveries in the U.S. and elsewhere.

The turmoil in Greece is draining confidence in the 17 countries that use the euro. Borrowing costs are up for the most indebted governments. Depositors and investors are fleeing banks seen as weak. Unemployment is soaring as recession grips nearly half the eurozone countries. Global markets are on edge.

All that forms a tumultuous backdrop as representatives of the G8 countries - the United States, Germany, France, Britain, Japan, Russia, Italy and Canada - head to Camp David. Standing in the way of a breakthrough are disagreements over how to bolster Europe's economy and avoid a broader catastrophe.

In advance of the talks, German Chancellor Angela Merkel struck a conciliatory note this week. She said in a television interview this week that she was open to measures to help stimulate Greece's economy as long as the country honors its commitments to shrink its debts.

"You are seeing them talk about a better balance between growth and austerity, meaning a somewhat more gradual, softer path toward restoring fiscal sustainability," Geithner said.

The shift shows that European leaders recognize that countries can't increase their economic growth if they're forced to focus solely on cutting spending and reducing debts. Geithner said European countries would benefit from investment in public works projects, like roads and schools.

At this weekend's talks, non-European leaders will seek assurances that European leaders can contain the damage from a banking meltdown in Greece. They worry about a panic that could spill into Portugal, Spain and other indebted European countries - and to nations outside the continent whose banks are connected to Greek banks.

"If there was a bank run in Greece ... would they know how to prevent it from spreading to other countries?" said Jacob Kierkegaard, a research fellow at the Peterson Institute for International Economics.

U.S. officials will be "looking for assurances that the Europeans are aware of what's needed to keep the euro together and are willing to take those measures."

The meetings begin Friday evening with an economics-focused summit at Camp David, the presidential retreat in Maryland's Catoctin mountains. They will end Saturday evening. Most of the officials will join a larger group of international leaders in Chicago for a national-security oriented NATO summit Sunday and Monday.

Investors have been shaken by the power vacuum in debt-stricken Greece. They fear the consequences if Greece refuses to impose deep spending cuts agreed to under a bailout deal. They worry that the bailout could collapse, toppling Greece's economic and banking system and forcing the nation from the eurozone.

Should that happen, larger governments in Spain or Italy that are struggling to ease their debt loads might soon fail. The eurozone itself could splinter. The result could be a global crisis to rival the one that followed the 2008 collapse of the investment bank Lehman Brothers.

Behind the turmoil is a growing realization that cost-cutting alone won't solve Europe's crisis. Europe's governments have begun to seek ways to energize the continent's economy. Yet when money is tight and borrowing costs are high, governments have little ability to quickly stimulate growth.

Speaking to business leaders before leaving for the G8 summit, British Prime Minister David Cameron warned Thursday that the eurozone must "make up, or it is looking at a potential breakup."

"Either Europe has a committed, stable, successful eurozone with an effective firewall, well-capitalized and regulated banks, a system of fiscal burden sharing, and supportive monetary policy across the eurozone - or we are in uncharted territory, which carries huge risks for everybody," Cameron said in a speech in Manchester.

The Obama administration is also concerned that shocks from Europe could slow the U.S. economy and threaten President Obama's re-election prospects.

Yet it's also aware there's no simple solution. European countries are straining under high borrowing costs. Their lending rates are high because investors are nervous about their debt loads relative to the strength of the economies.

Under pressure from Germany, Europe's strongest economy, governments have laid off workers, cut pay for others, reduced spending on social programs and imposed higher taxes and fees to boost revenue.

Yet as economies have shrunk, countries' debt as a percentage of their economies has worsened. Leaders are increasingly recognizing that budget-cutting must be paired with steps to invigorate Europe's economies.

The United States, along with Japan and Canada, is expected to push Merkel to do more to spur growth in Europe. Germany has begun to accept such an approach after the election of pro-growth Francois Hollande to the French presidency and the fall of a pro-austerity Dutch government.

Among the growth measures some economists recommend are reducing regulations for small businesses, making it easier for workers to find jobs across the eurozone and relaxing barriers that countries have created to protect their industries.

Germany has already negotiated higher public sector wages, a step that could encourage Germans to increase their purchases of goods from more troubled European economies.

"That is the one thing Barack Obama will try to impress on Angela Merkel," said Sung Won Sohn, an economics professor at California State's Martin Smith School of Business.

But most stimulative measures take time - up to a decade, in some cases - to kick in. They won't much help a Europe that needs much stronger growth now.

Joaquin Almunia, the European Union's top antitrust official and its former economic and monetary affairs commissioners, argued Wednesday that the eurozone lacks a growth strategy that can co-exist with short-term steps to shrink government debts.

"We cannot offer to the public an adjustment period of 10 years," Almunia said.

Claudia Schmucker, an economist at the German Council on Foreign Relations, thinks that while Merkel won't drop her austerity demands she will eventually agree to some growth measures.

A growth agreement among European leaders would at least "show that we are doing something," Schmucker said.

In light of all the obstacles, expectations are low for a breakthrough at Camp David this weekend.

"There will be nothing here that tackles the fundamental key questions looming over the global economy," Kierkegaard said.