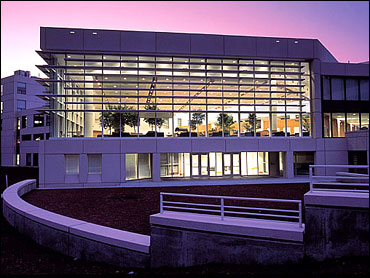 Asian students involved in a cheating scandal at the Duke University business school were punished more severely than others, their attorney said.

Many of the students involved in the case at the Fuqua School of Business had been in the United States for less than a year and didn't fully understand the honor code or judicial proceedings, Durham attorney Robert Ekstrand said.

A faculty investigator pressured them to admit wrongdoing, so the students wrote confession letters, sometimes without understanding the specific accusations, he said.

"There is something else going on here, something that needs to be explained before we go forward with this, because it doesn't look right," said Ekstrand, who has filed appeals on behalf of 16 students.

Thirty-four graduate students at the business school were convicted of cheating on an exam and other assignments. Nine students were expelled, and 15 were suspended for a year and given a failing grade in the class. The remaining students received failing grades.

The students who were expelled from the university are all from Asian countries, Ekstrand said. If appeals fail, they'll likely lose student visas and have to leave the country in the next couple of weeks, he said.

"Somebody has got to look at this. You just wonder how this could have gotten so far," he said.

The investigation began after a professor found consistencies in answers to a take-home exam.

Duke officials have said students involved in the cheating case were from the U.S. and countries on three other continents. They declined to comment on the cases until the appeals process is completed next week.

"We must respect the confidentiality that the appeals process requires and our students deserve," said Mike Hemmerich, a spokesman for the business school.

In an appeal filed last week, Ekstrand questioned why some possibly exculpatory evidence was not given to students before the appeals. He said the possible violations surfaced within four days of the exam, which more than 400 students completed.

Ekstrand also said honor code violations were mostly minor and unintentional. For example, some students shared a template in which data from the exam questions were typed into a spreadsheet, but no one shared the analysis or answers, he said.

The fact that the students from countries including China, Korea and Taiwan confessed instead of fighting the charges had to do with cultural norms, Ekstrand said.

"Culturally, a confession or an admission of guilt can be a way to apologize," he said.

Experts said students from other countries often arrive on U.S. campuses with different understandings about the boundaries on collaboration.

Gary Comstock, a philosophy professor and director of research ethics at North Carolina State University, said it's a huge problem.

"I think the university has a special obligation to those students," he said.

"There are two principles at work here. One is fairness. We don't want to treat them differently. The other is cultural sensitivity and the fact that they're coming to this country and may not have the kind of training that we give to U.S. students," Comstock said. "There's also honesty. Some students aren't honest when they say, 'I didn't know."'