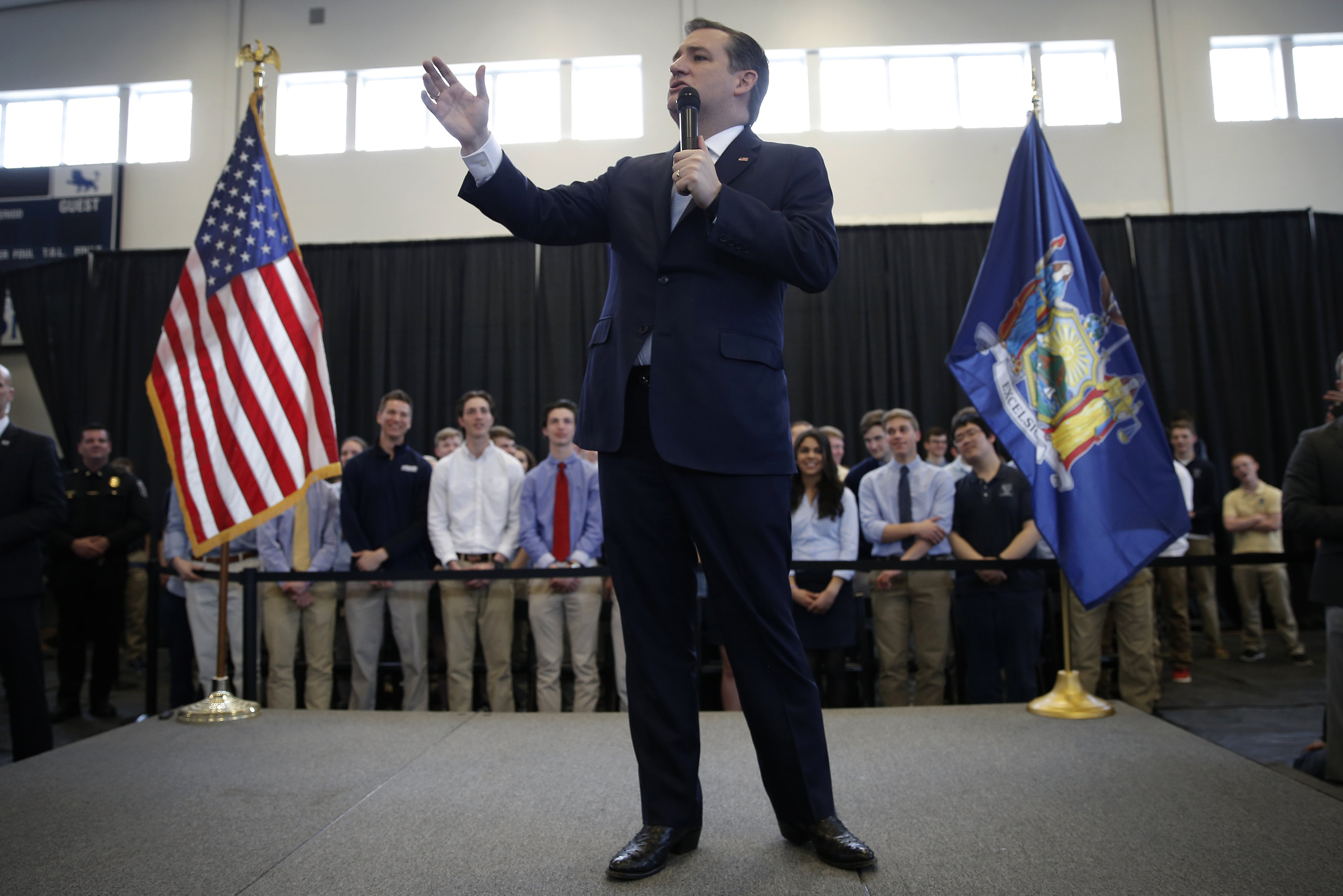 Republican presidential candidate Ted Cruz's campaign is continuing to go after New York Mayor Bill de Blasio, this time with a new radio ad out on Wednesday attacking the liberal mayor for "socialist policies" that are "tearing this city apart."

The Texas Senator and de Blasio have been trading blows with each other for the last four weeks since attention shifted to the New York Republican primary ,which happens on April 19th.

"Murder is up nearly 10 percent," the ad states. "He treats cops like criminals and criminals like freedom fighters. De Blasio made New York a sanctuary city, rolling out the red carpet for illegals, and de Blasio ended stop and frisk even where terrorist suspects are known to congregate."

And on March 22nd while in Manhattan, Cruz accused the New York Mayor of ending a controversial NYPD program that targeted Muslim neighborhoods for surveillance in the name of political correctness. At the same time, de Blasio said, "I just have to say it's reprehensible. His comments are not about safety and security. It's demagoguery."

The feud may be beneficial for both politicians as Cruz searches for conservative support in a state where he trails billionaire Donald Trump badly. And expect the attacks against liberal state and city politicians by Cruz to continue as the Republican primary calendar shifts to blue states like Maryland and Connecticut in coming weeks.

"Listen the people of California are hurting. You're suffering under knuckle headed liberal politicians," Cruz declared at an Irvine, California rally on Monday.

"By the way I'm told today Governor Moonbeam was attacking me," he added, referring to California Gov. Jerry Brown, a Democrat. "To which I say, 'thank you very much, sir.'"