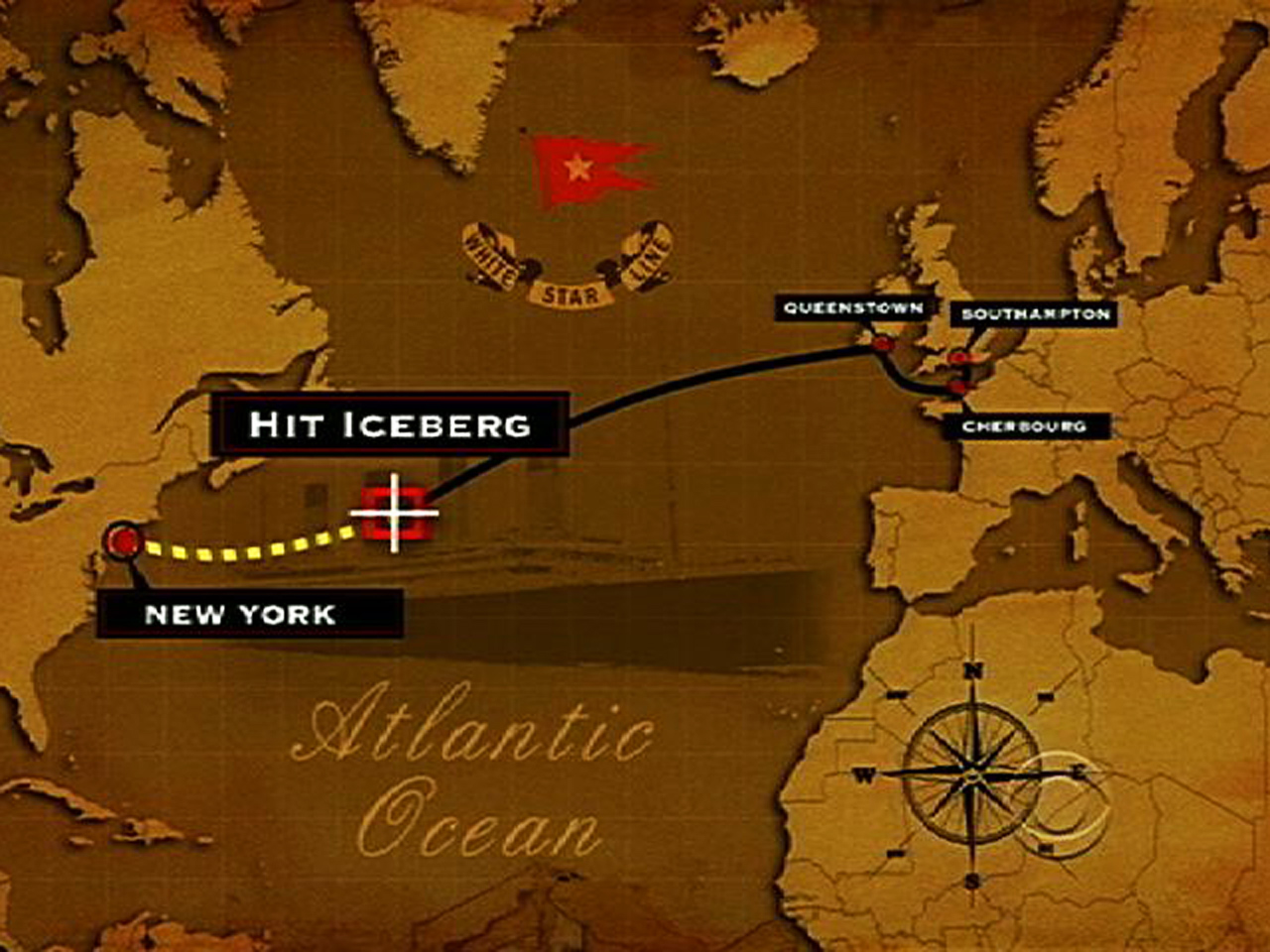 (CBS News) It was 100 years ago this week that the Titanic set sail from Southampton, England.

On Sunday, another ship departed Southampton with its passengers and crew determined to recreate that earlier voyage, up to a point, that is.

CBS News correspondent Tony Guida reports that the cruise ship that sailed from Southampton this morning is on a sentimental journey to relive memories of RMS Titanic on the 100th anniversary of her maiden and only voyage.

Aboard, the 1,309 passengers included Philip Littlejohn. His grandfather was a steward in Titanic's lavish first class. He survived.

"We always knew he was on Titanic but he never talked about it. He lost too many friends that night," Littlejohn says.

Titanic would cost $400 million to replicate today. With 11 decks, a grand staircase, and dripping with opulence, it was designed to be an eternal kingdom, the ship that would never die.

Had everything gone right, Titanic would have docked at a pier on the Hudson River off 18th street in Manhattan, 6 days after leaving Southampton.

Her route was to stop first at Cherbourg, France; then Queenstown, Ireland, before crossing the Atlantic to New York, but 4 days into the voyage, some 400 miles south of Newfoundland she hit an iceberg.

The Atlantic rushed into her supposedly watertight compartments. Of the more than 2,200 passengers and crew, some were prominently wealthy like John Jacob Astor, but most were emigrants looking for a better life in America. Fewer than 1 in 3 survived.

For some on the Titanic memorial cruise, it is a holiday, but not for Philip Littlejohn.

"I don't even like the word cruise. I think it's a remembrance, a remembrance of those people who died," Littlejohn says.

Next Sunday, these passengers will commemorate Titanic at the spot where she sank and now rests more than 2 miles down.