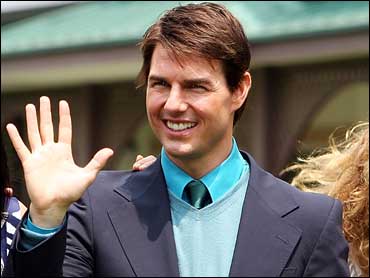 Tom Cruise has won a war on the World Wide Web.

In a judgment that was made public July 21, arbitrators ruled that the Network Operations Center/Alberta Hot Rods misused the domain name TomCruise.com and ordered that it be turned over to the actor.

The World Intellectual Property Organization (WIPO) ruled that Canadian businessman Jeff Burgar, the president of Alberta Hot Rods, used the URL to redirect visitors to his site Celebrity1000.com (a site dubbed as "your ultimate entertainment source") and that the domain name had been used to sell goods unconnected with Cruise himself.

Although Burgar claimed TomCruise.com was a "fan site" dedicated to the star, the WIPO ruled that the domain name was being used "in bad faith" and was "identical or confusingly similar" to Tom Cruise's own name.

The WIPO also said that Burgar had no legitimate right to the name, which he registered in 1996.

This isn't the first time a celebrity has fought Burgar for a domain name.

In 2001, the WIPO ruled that he should give back CelineDion.com to the Canadian singer. And in 2002, actor Kevin Spacey won the rights to KevinSpacey.com.

"When you have a history of registering celebrity names over and over for your own commercial purpose, that tends to weigh heavily in demonstrating that you registered and you are using it in bad faith," says attorney Michelle Cooke, an intellectual property law specialist who represented Tom Cruise in this case. "Certainly (Burgar's) history did not help him here."

As for Cruise, Cooke says "I'm sure (he is) very happy to control the primary place people would go to for information about Tom Cruise."
By Amy Bonawitz