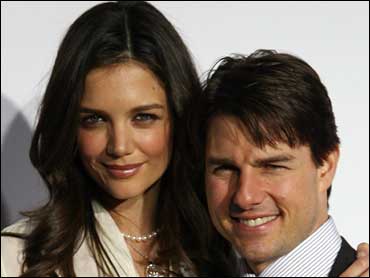 Tom Cruise and Katie Holmes have a new love nest, according to the Los Angeles Times.

In the Hot Properties column Sunday, Ruth Ryon reported that Cruise, 44, just paid nearly $35 million for a home in Beverly Hills, which casts some suspicion on rumors that Homes and her older Scientologist husband have hit a rough patch.

"I think everybody has this image: Poor little Kate, she doesn't have the strength to take care of herself. People don't know that behind all that grace is a tiger," Smith told People. "I've witnessed it! I've had conversations with Kate personally where the tigress comes out of her, that fight."

The "Mission Impossible III Star" placed an offer on the 10,000-square foot gated home even though it wasn't on the market. The home was built in 1937, sits on 1.3 acres, has a tennis court, pool and a long driveway, according to the Times. It has seven bathrooms and nine bedrooms.

Ever since Cruise jumped on Oprah's couch in 2005, the country has been mystified about the romance between Holmes and Cruise. Holmes gave birth to a daughter, Suri, a little more than a year ago. They married in Rome last November.