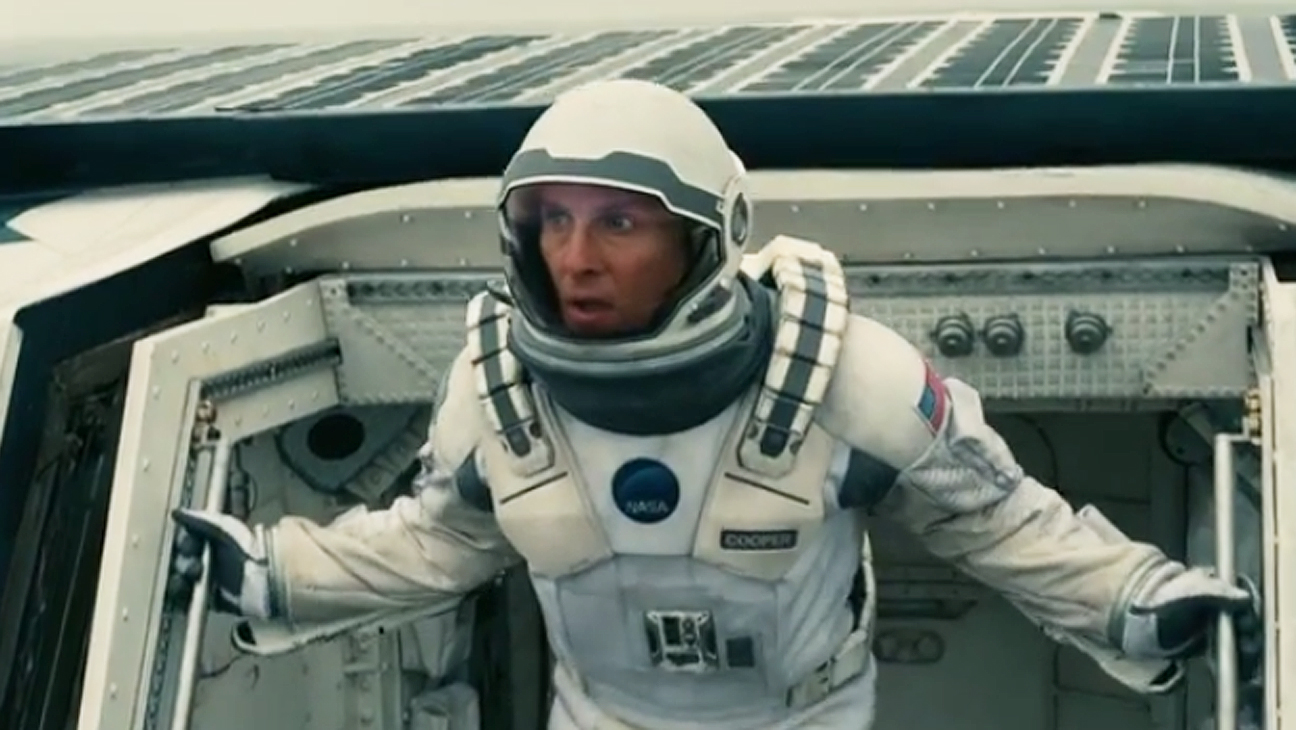 The film stars Matthew McConaughey as a single dad on a cosmic mission to find a new home for humanity, with Anne Hathaway as his space partner and Jessica Chastain as his daughter. The nearly three-hour film incorporates major ideas about science, relationships and love.

So do Nolan's ambitions pay off?

While some critics applaud the film's stunning visual sequences and strong acting, others say it's overly sentimental and doesn't quite measure up to the director's other work.

Peter Travers of Rolling Stone said the film "boldly blends the cosmic and the intimate".

"What the neg-heads are missing about Interstellar is how enthralling it is, how gracefully it blends the cosmic and the intimate, how deftly it explores the infinite in the smallest human details." -- Peter Travers, Rolling Stone

While the AV Club called it an "uneven space odyssey."

"In its best stretches, which tend to come in the middle, it is a fatalistic adventure that pits peaceful science types against themselves and each other as they struggle to achieve a greater goal; in its worst moments, toward the end, it is a dopey exercise in humanist metaphysics, a movie about facing the cosmic unknown that explains everything several times over." -- Ignatiy Vishnevetsky, AV Club

Both the New York Times and Los Angeles Times said the film was a success through-and-through.

"Though it's a big studio blockbuster with all the traditional plot elements the term implies, 'Interstellar' turns out to be the rarest beast in the Hollywood jungle. It's a mass audience picture that's intelligent as well as epic, with a sophisticated script that's as interested in emotional moments as immersive visuals. Which is saying a lot." -- Kenneth Turan, LA Times

"It may be enough to say that 'Interstellar' is a terrifically entertaining science-fiction movie, giving fresh life to scenes and situations we've seen a hundred times before, and occasionally stumbling over pompous dialogue or overly portentous music." -- AO Scott NY Times

Claudia Puig of USA Today said the film is "lost in space."

While it reaches for the stars, director Christopher Nolan's 'Interstellar ' is a flawed masterpiece. The story is ever-ambitious, sometimes riveting and thought-provoking, but also plodding and hokey and not as visionary as its cutting-edge special effects. And at nearly three hours, the film would have benefited from more judicious editing." -- Claudia Puig, USA Today

Jake Coyle of the Associated Press called the film a "cosmic knockout."

"There is turbulence along the way. 'Interstellar' is overly explanatory about its physics, its dialogue can be clunky and you may want to send composer Hans Zimmer's relentless organ into deep space. But if you take these for blips rather than black holes, the majesty of 'Interstellar' is something to behold." -- Jake Coyle, Associated Press

Meanwhile, Ann Hornaday at The Washington Post asked if the film's technically impressive parts add up to anything.

"There are moments of genuine awe and majesty in 'Interstellar,' but there are just as many passages that play as if Nolan is less interested in value for the viewers than proving a point, whether about the arcana of quantum physics, his technical prowess or the enduring power of love." -- Ann Hornaday Washington Post

Tell us: What did you think of "Interstellar?