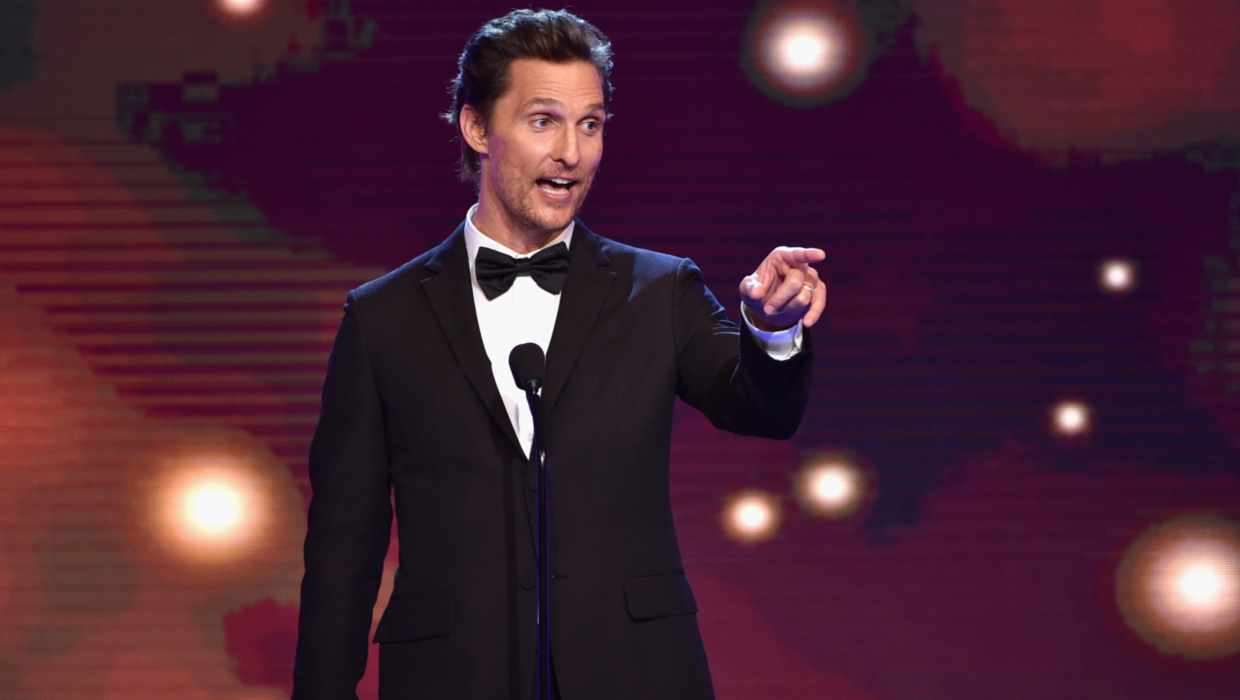 Matthew McConaughey got choked up during his new film "Interstellar," telling People that he cried three times while watching it.

The 45-year-old actor said, "It throttled me," adding, "Even if you don't care that much about the science of it or even the love story between a parent and a child, you just want to go for the wild, epic ride it is."

"Interstellar," directed by Christopher Nolan ("The Dark Knight," "Inception"), co-stars Anne Hathaway and Jessica Chastain. It follows group of explorers who make use of a newly discovered wormhole to surpass the limitations on human space travel.

Chastain told The Associated Press recently, "When I watch the film now, I still don't understand everything in it, but the main part of this film isn't about science. It's about love. You have to feel it. If you go into the movie -- even though the scope is large with space travel -- at its core, it's a story about a father and a daughter. If you let it wash over you, that is enough."

The movie cost an estimated $165 million to make. It opens in U.S. IMAX theaters on Wednesday and goes wide Friday. Industry insiders predict the film could rake in $55 million domestically during its debut weekend.