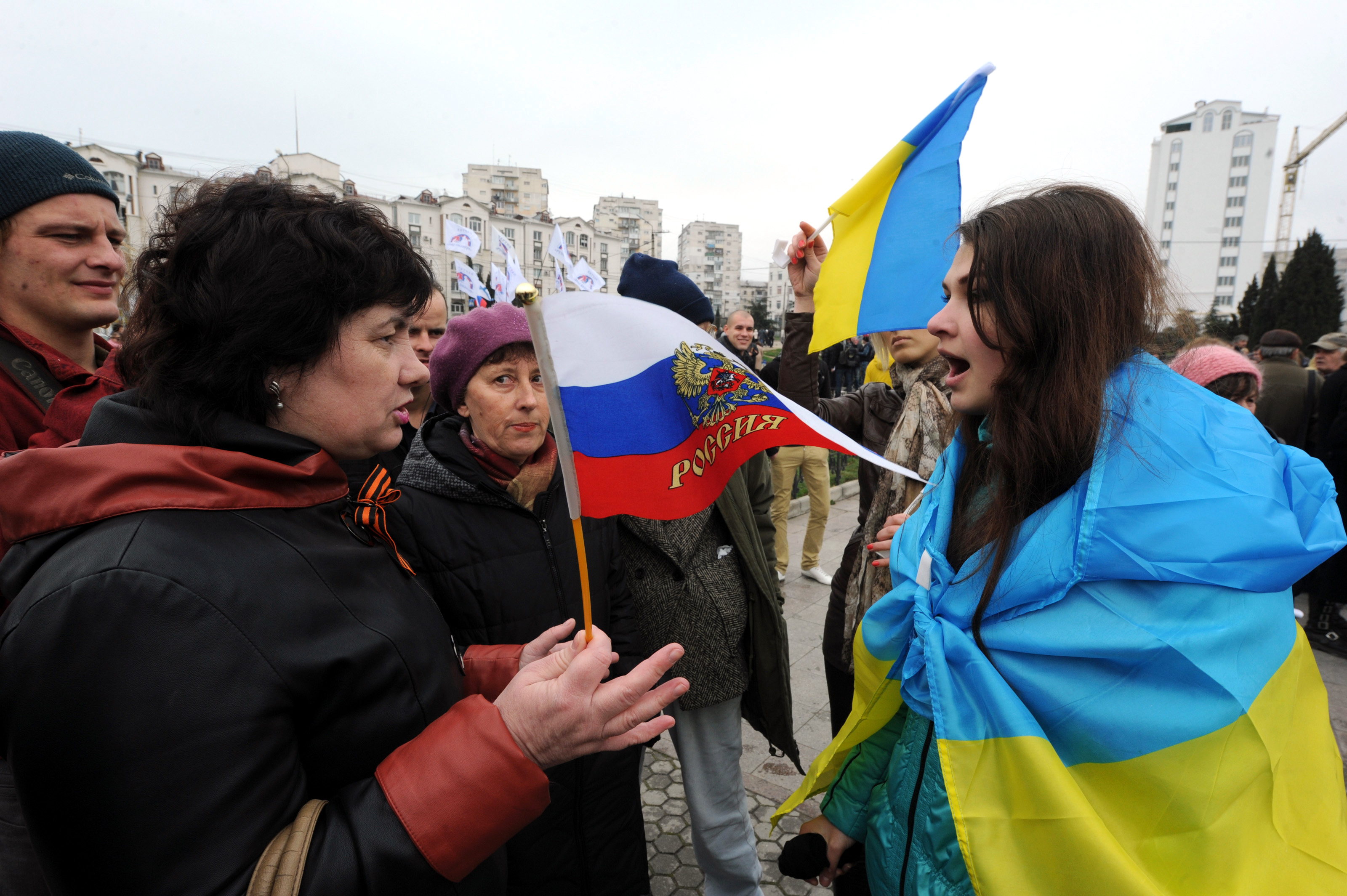 SEVASTOPOL, Ukraine -- Less than a week before Crimea's referendum, emotions are running high. Residents of the southeast Ukrainian peninsula who want to see their region cede from the nation and officially become part of Russia sense victory is round the corner.

The U.S. and Europe say the vote -- and the Russian invasion that prompted it -- are illegal, but CBS News' Elizabeth Palmer reports that thousands of pro-Russia demonstrators on the streets of regional capital Sevastopol don't care.

There is a relatively small proportion of the population here who will voice the anti-Russian sentiment so pervasive in the country's west, around the capital Kiev, but the Russian military, in cooperation with various Ukrainian Crimean militias, are consolidating their grip.

Over the weekend, armed men shot at a Ukrainian border patrol plane, and they've been digging holes -- for a fence, or, according to some witnesses, landmines -- along Crimea's previously unmarked border with the rest of Ukraine.

On the other side of that border, former boxing champion and now presidential candidate Vitaly Klitschko told supporters in the Donetsk region "the main task is to unite and not allow the country to split."

But even as he spoke, the split was widening.

Ukrainian soldiers stuck on their bases, surrounded by Russian troops and other pro-Kremlin gunmen, remained right where they were over the weekend, with no sign of reinforcements coming from Kiev.

Around Sevastopol, Palmer said the campaign for voting in the referendum was clearly underway, with propaganda posters appearing on billboards -- some portraying it as a choice between a future with Russia and a future under some sort of totalitarian state akin to Nazi Germany.

The popular movement for Crimea to become part of Russia, controlled officially by Moscow, seems to gain strength every day.