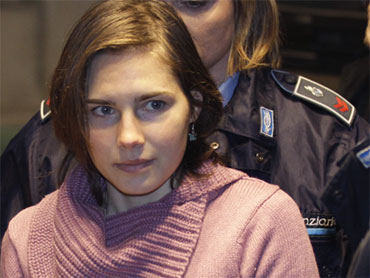 Amanda Knox won an important victory in her appeals trial of her murder conviction in Italy on Saturday, when a court ruled that it will allow an independent review of crucial DNA evidence.

The lower court trial, which convicted the American student last year and sentenced her to 26 years in Italian prison, had rejected a similar defense request for an outside review of DNA found on the victim's bra clasp and on a knife the prosecution alleged was used to stab Meredith Kercher.

Knox was convicted of sexually assaulting and murdering Kercher. The co-defendant in the appeals trial is her ex-boyfriend, Raffaele Sollecito, an Italian who was convicted of the same charges and sentenced to 25 years.

The defense maintains that DNA traces presented at the first trial were inconclusive and also contends they might have been contaminated when they were analyzed.

Knox's mother, Edda Mellas, burst into tears of joy in the courtroom in the university town of Perugia when the appeals court announced its decision. "Finally a little bit of good news," Mellas said, as Knox's family members hugged defense team lawyers.

The court selected two experts from Rome's Sapienza University to review the evidence. The experts will be formally given the task at the trial's next session on Jan. 15.

The request for the review was the first significant test for Knox's defense. A rejection could have dealt a severe blow to their hopes of overturning the conviction.

Prosecutor Giancarlo Costagliola had opposed the review request as "useless," asserting that "this court has all the elements to be able to come to a decision." A lawyer for the Kercher family, Francesco Maresca, also opposed the evidence review.

CBS News correspondent Allen Pizzey also reports that the defense says it has a new witness, serving a life sentence for mafia connections, who claims his brother and an unnamed Albanian committed the Kercher murder during a robbery.

Knox, a 23-year-old from Seattle, was hunched and pale as she was escorted into the courtroom earlier in the morning.

She has been behind bars in Perugia since Nov. 6, 2007, four days after Kercher's body was found in a pool of blood, her throat slit, in the apartment Knox and Kercher shared as exchange students in Perugia.

Saturday's hearing was held two days after Italy's highest criminal court upheld the conviction and 16-year-prison sentence of the third person charged with the murder, Rudy Hermann Guede of the Ivory Coast. Guede has admitted being at the house the night of the murder but denies killing Kercher. He was tried separately.

The high court's ruling, which cannot be appealed, is significant because it states that Guede took part in the slaying but did not act alone, prosecutors and lawyers said.