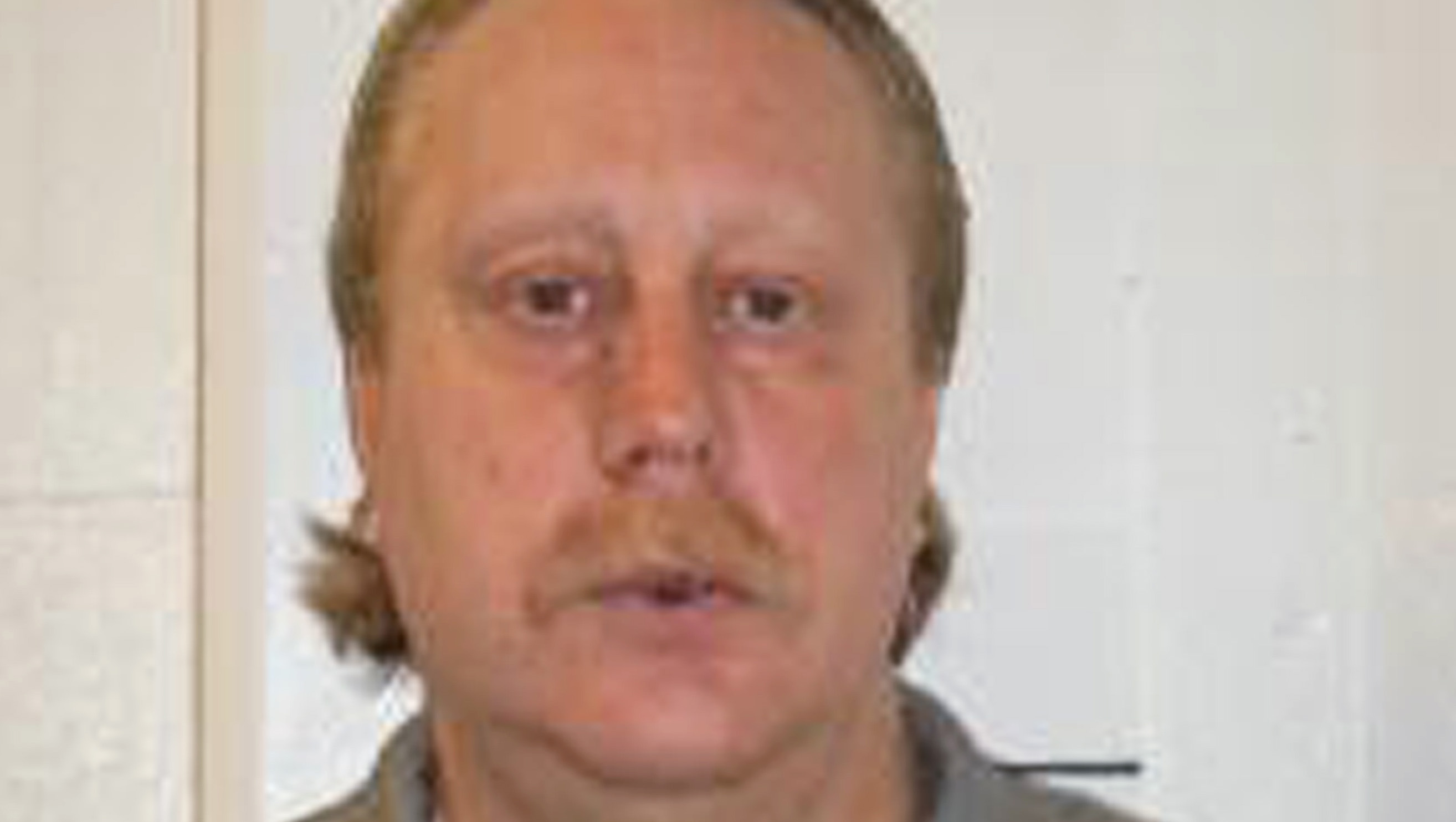 ST. LOUIS - A federal appeals court has ruled that Missouri can proceed with its planned execution of a convicted killer, despite concerns that a medical condition could cause him to suffer during lethal injection.

The full 8th U.S. Circuit Court of Appeals late Tuesday lifted a stay of execution for Russell Bucklew that was granted hours earlier by a three-judge panel of that court. Attorneys for Bucklew appealed to the U.S. Supreme Court.

Bucklew, 46, is scheduled to die at 12:01 a.m. Wednesday for killing a southeast Missouri man in 1996. He suffers from a rare medical condition that his attorneys claim could cause him great pain during the execution process.

A federal appeals court panel granted a temporary halt to the execution of a a death-row inmate on Tuesday evening, hours before he was scheduled to die for killing a man in 1996, citing concerns that he could suffer during lethal injection due to a rare medical condition.

"Bucklew's unrebutted medical evidence demonstrates the requisite sufficient likelihood of unnecessary pain and suffering beyond the constitutionally permissible amount inherent in all executions," the ruling from the 8th U.S. Circuit Court of Appeals read.

The execution would be the first in the nation following a botched lethal injection in Oklahoma last month that left a condemned man writhing on a gurney before he died of a heart attack more than 40 minutes later.

Bucklew has a congenital condition known as cavernous hemangioma that causes weakened and malformed blood vessels, as well as tumors in his nose and throat. His attorneys say he could experience great suffering during the execution process, and Bucklew told The Associated Press by phone last week that he is scared of what might happen.

"The state does not have the right to inflict extreme, torturous pain during an execution," defense attorney Cheryl Pilate said before the appeals court's ruling. "We still hope that Mr. Bucklew's grave medical condition and compromised airway will persuade the governor or a court to step back from this extremely risky execution."

Gov. Jay Nixon, a Democrat and a proponent of the death penalty, said Monday that while he was considering Bucklew's clemency request, he hasn't seen a reason to intervene.

"This guy committed very, very heinous crimes, and while it's a difficult and challenging part of this job, we'll continue to move forward unless a court says otherwise," Nixon said in an interview with The Associated Press.

Bucklew's attorney said they also have appealed a separate ruling denying their request to record the execution on video.

None of the six inmates executed since Missouri switched to pentobarbital last year has shown outward signs of pain or suffering. But when Oklahoma inmate Clayton Lockett's execution went awry April 29, it prompted renewed concern over lethal injection.

Officials said Lockett's vein collapsed and he died of an apparent heart attack 43 minutes after the start of the procedure. Oklahoma put on hold a second execution scheduled for the same night as Lockett's death while the state investigates what happened.

On May 13, the 5th U.S. Circuit Court of Appeals halted the execution of a convicted killer in Texas, though not because of the drug issue. The ruling allowed for the attorneys of Robert James Campbell to make appeals arguing that he's mentally impaired and ineligible for the death penalty.

European companies have cut off supplies of certain execution drugs because of opposition to capital punishment, leading states including Missouri to turn to U.S. sources. The states refuse to identify the sources of their execution drugs, saying secrecy is necessary to protect the sources from possible retaliation by death penalty opponents.

Death penalty opponents say the secrecy makes it impossible to ensure that the drugs couldn't cause an inmate to endure an agonizing death that rises to the level of unconstitutionally cruel and unusual punishment.

The AP and four other news organizations filed a lawsuit last week against the Missouri Department of Corrections, claiming the state's refusal to provide information on the execution drug violates the public's constitutional right to have access to information about the punishment.

According to prosecutors, Bucklew was angry at his girlfriend for leaving him. She moved with her two daughters into the Cape Girardeau home of Michael Sanders, who had two sons. Bucklew tracked the woman down at Sanders' home March 21, 1996, and killed Sanders in front of her and the four children. He handcuffed and beat his ex-girlfriend, drove her to a secluded area and raped her.

Later, after a state trooper spotted the car, Bucklew shot at the trooper but missed, authorities say. Bucklew was grazed in the head and hospitalized. He later escaped from jail, hid in the home of the ex-girlfriend's mother and beat her with a hammer. She escaped, and Bucklew was arrested a short time later.