(CBS)
The Dutch United Provinces declared their independence from Spain in 1579; during the 17th century, they became a leading seafaring and commercial power, with settlements and colonies around the world. After a 20-year French occupation, a Kingdom of the Netherlands was formed in 1815.

In 1830 Belgium seceded and formed a separate kingdom.

A modern, industrialized nation, the Netherlands is also a large exporter of agricultural products.

The country was a founding member of NATO and the EEC (now the EU), and participated in the introduction of the euro in 1999. 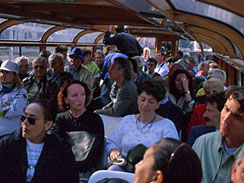 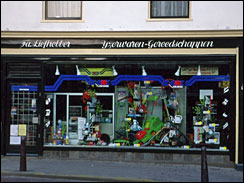 The Netherlands has a prosperous and open economy, which depends heavily on foreign trade. The economy is noted for stable industrial relations, moderate unemployment and inflation, a sizable current account surplus, and an important role as a European transportation hub. Industrial activity is predominantly in food processing, chemicals, petroleum refining, and electrical machinery. A highly mechanized agricultural sector employs no more than 2% of the labor force but provides large surpluses for the food-processing industry and for exports. The Netherlands, along with 11 of its EU partners, began circulating the euro currency on 1 January 2002. The country continues to be one of the leading European nations for attracting foreign direct investment. Economic growth slowed considerably in 2001-06, as part of the global economic slowdown, but for the four years before that, annual growth averaged nearly 4%, well above the EU average.