(CBS)
Strategically important, Gibraltar was reluctantly ceded to Great Britain by Spain in the 1713 Treaty of Utrecht; the British garrison was formally declared a colony in 1830. In a referendum held in 1967, Gibraltarians voted overwhelmingly to remain a British dependency.

Although the current 1969 Constitution for Gibraltar states that the British Government will never allow the people of Gibraltar to pass under the sovereignty of another state against their freely and democratically expressed wishes, a series of talks were held by the UK and Spain between 1997 and 2002 on establishing temporary joint sovereignty over Gibraltar.

In response to these talks, the Gibraltarian Government set up a referendum in late 2002 in which a majority of the citizens voted overwhelmingly against any sharing of sovereignty with Spain. Since the referendum, tripartite talks have been held with Spain, the UK, and Gibraltar, and in September 2006 a three-way agreement was signed.

Spain agreed to allow airlines other than British to serve Gibraltar, to speed up customs procedures, and to add more telephone lines into Gibraltar. Britain agreed to pay pensions to Spaniards who had been employed in Gibraltar before the border closed in 1969. Spain will be allowed to open a cultural institute from which the Spanish flag will fly. 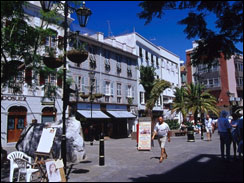 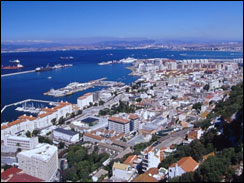