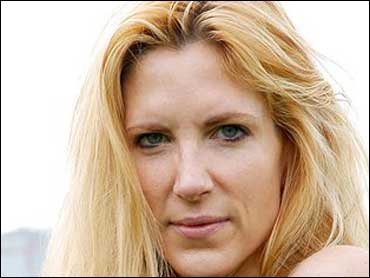 Even by the standards of commentator Ann Coulter, this was a stunner.

"I was going to have a few comments on the other Democratic presidential candidate John Edwards, but it turns out you have to go into rehab if you use the word "faggot."

The slur against gay people earned Coulter cheers in a young, standing-room only crow at Friday's American Conservative Union meeting.

As CBS News correspondent Joie Chen reports, Coulter insists it was a joke about the Democratic hopeful.

But Republican candidates went looking for cover. Former Massachusetts Governor Mitt Romney was forced to backpedal away from his enthusiastic introduction.

"After you hear me, you're going to hear from Ann Coulter," he said Friday before Coulter spoke. "That is a good thing. Yeah, I think it's always very important to get the views of moderates."

He later shifted gears to lead the chorus against Coulter, labeling her remarks "offensive."

"This speaks to the big dilemma for the Republican candidates," said Mike Allen, political reporter for Politico.com. "They have to get the nomination with Ann Coulter conservatives. But they have to win the election with more moderate mainline conservatives, who are going to look at a statement like that and say, 'Ick, that's not what I want to be associated with.'"

For his part, the target of Coulter's barb fired back with the expected indignation and, on his website, a plea for money.

Edwards asked supporters to help raise $100,000 in "Coulter Cash" to
show that he would not be intimidated by "bigoted attacks."

Coulter's response on her Web site: "I'm so ashamed, I can't stop laughing!"