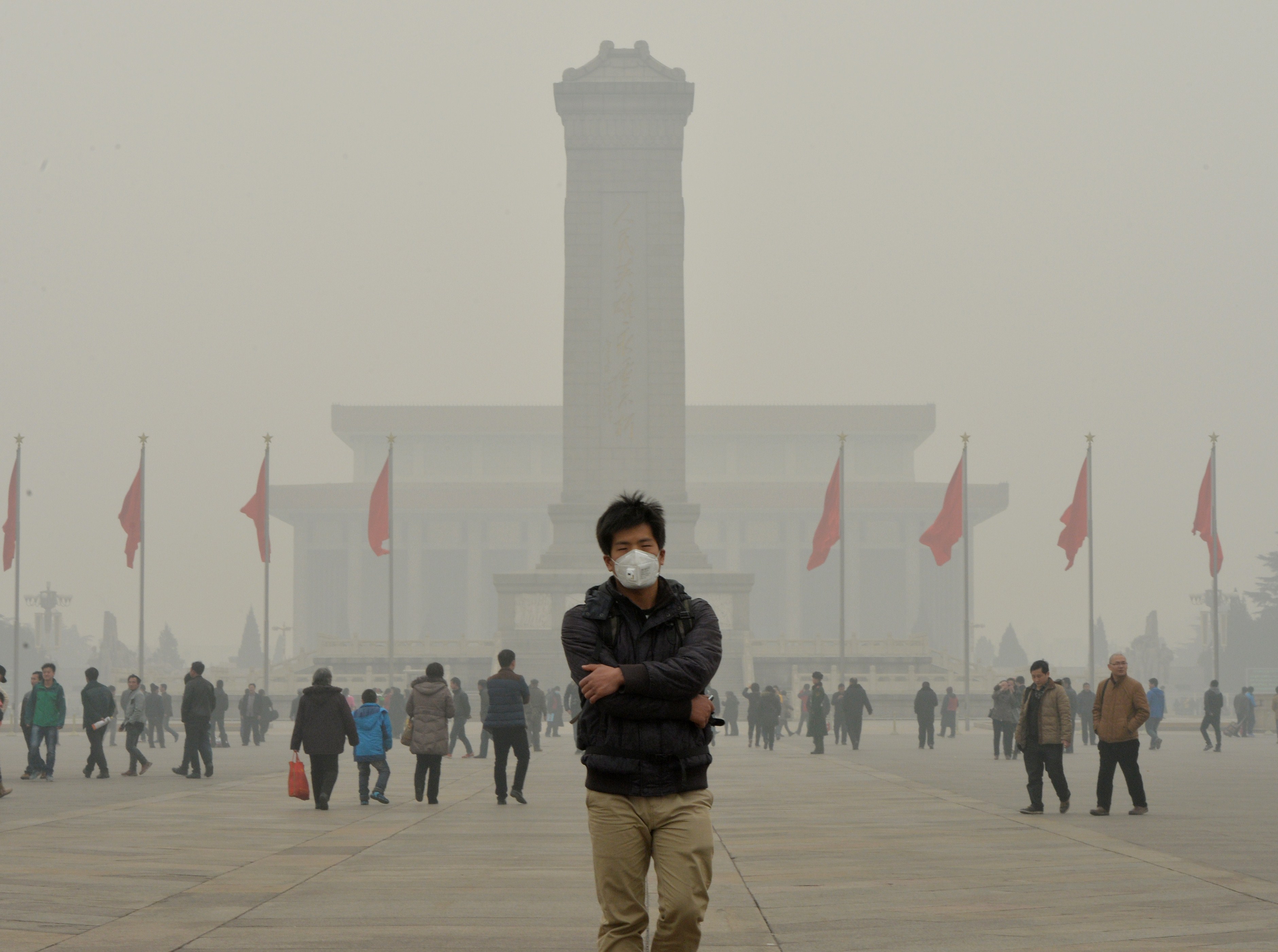 Air pollution has been linked to a number of health issues, including asthma, lung cancer, heart problems, and an increased risk of early death.

Now, a study out of China -- where air pollution is so bad its government has "declared war" on it -- suggests air pollution could also lead to weight gain.

The study was conducted in lab rats, not humans, and more studies will be needed to see if pollution has a similar impact on people. But the researchers say it adds evidence to the urgent need to reduce air pollution.

For the study, researchers from Duke University placed pregnant rats and their offspring in two chambers: one exposed to outdoor Beijing air and the other containing an air filter that removed most of the air pollution particles.

The results, published in the March issue of the Journal of the Federation of American Societies for Experimental Biology, found that by day 14, the rats exposed to the polluted air were 7 percent heavier. By day 19, they were 15 percent fatter.

The dirty-air-breathing rats also had heavier lungs and livers and suffered a number of other health problems, including:

Their insulin resistance level, a precursor of Type 2 diabetes, was also higher than the rats who breathed clean air. Similar results were seen in the offspring.

The authors say the results of the study, which was funded by several agencies of the Chinese government, are consistent with other research that shows air pollution induces stress and inflammation in the organs and circulatory system. The new study also suggests air pollution exposure results in metabolic dysfunction, a precursor to obesity.

"Since chronic inflammation is recognized as a factor contributing to obesity and since metabolic diseases such as diabetes and obesity are closely related, our findings provide clear evidence that chronic exposure to air pollution increases the risk for developing obesity," Junfeng "Jim" Zhang, a professor of global and environmental health at Duke University and senior author of the paper, said in a statement.

Julie Makinen, a foreign correspondent in the Los Angeles Times' Beijing bureau, had a personal take on the study. In an article for the paper, she wrote about her experience over the past two years in Beijing, in which she's "had to loosen up the old belt buckle by a couple of notches."

Makinen acknowledged that a variety of other factors could be at play, including the abundance of "carb-tastic, oil-soaked Chinese cuisine," hazy days that discourage outdoor exercise, stress and sleep deprivation associated with her job, and "let's face it, being over 40."

But she said she's noticed she's not the only one who's put on extra weight. "My roommate recently complained she'd become 10 pounds heftier in her two years in Beijing," she wrote. "Another friend said she'd gained a 'freshman 15.' All this despite critical shortages of decent cheeses, ice cream and bacon."

Makinen also pointed to a study published in The Lancet that found 28 percent of Chinese adult men and 27 percent of women are overweight or obese, up from almost none 30 years ago.

She interviewed Marie Ng, the lead author of The Lancet study and a former University of Washington researcher who now works at IBM's Watson Health, who agreed that the new research about the possible role of air pollution "is very interesting," but cautioned that when "generalizing from rats to humans, we have to be careful."

Ng noted that obesity is a complex disease that can be influenced by a multitude of factors, including an increasingly sedentary lifestyle, the introduction of fast food and the way pollution limits outdoor activities.

Still, Zhang told Makinen that research indicating air pollution might contribute to weight gain could help persuade Beijing residents to take steps to protect themselves, including wearing masks and installing air purifiers in their home and offices.

He also said it may influence Chinese authorities to take further action.

"If translated and verified in humans," Zhang said, "these findings will support the urgent need to reduce air pollution, given the growing burden of obesity in today's highly polluted world."