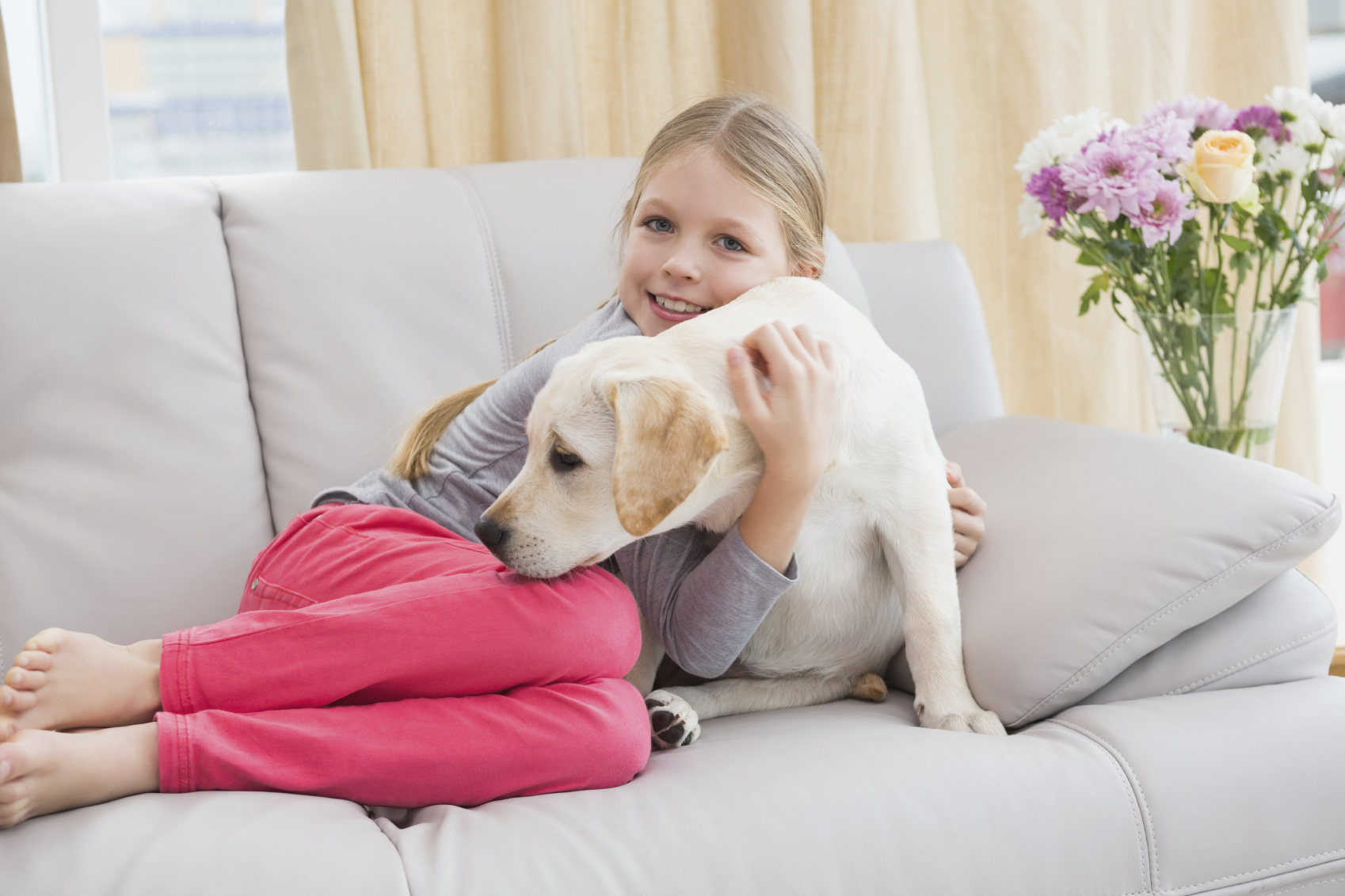 There's some good news for dog owners who have young children or want to start a family. A new study suggests growing up with a pet pooch may lower the risk of asthma.

The most common chronic disease among children, asthma affects 235 million people worldwide, according to the World Health Organization. In the United States, the Centers for Disease Control and Prevention reports that 1 in 11 children and 1 in 12 adults has the condition, which makes it difficult for air to move in and out of the lungs, causing coughing, wheezing and shortness of breath.

Previous studies have found that people with early exposure to farm animals have a decreased risk of asthma, but researchers wanted a better understanding of whether the same relationship might be true of people with pet dogs.

In the new study -- which is the largest on the subject to date -- researchers analyzed national registry information on more than one million Swedish children to study the relationship between early contact with canines or farm animals and the subsequent development of asthma.

The results confirmed the effect of farm animals and also showed that children who grew up with dogs in the first year of their lives had a 13 percent lower risk of asthma by age 6. The findings were published in the journal JAMA Pediatrics.

"This is important because asthma is a common chronic disease and parents may worry whether or not they should keep their pets when having a baby," Tove Fall, assistant professor of epidemiology at the Department of Medical Sciences and the Science for Life Laboratory at Uppsala University in Sweden, told CBS News. Fall coordinated the study with researchers from the Karolinska Institutet in Stockholm.

It's important to note that the study only shows a correlation and does not prove that having a dog prevents asthma. "We are quite sure that our findings are robust concerning the lower risk of asthma in Swedish dog households, but with this type of study we can never be sure that the dog in itself protects the baby from asthma," Fall said.

And of course, for a child who is already allergic to dogs, bringing home a puppy would not be a good idea.

While the study did not look at potential reasons for the effect, a few theories exist.

"It might be due to a single factor or more likely, a combination of several factors related to a dog ownership lifestyle or dog-owners' attitudes, such as kids' exposure to household dirt and pet dust, time spent outdoors or being physically active," Fall said. "One of the main hypotheses at the moment is that kids in animal environments breathe air that contains more bacteria and bacterial fragments, which actually could lower their risk of asthma. As a parent in a dog-and-baby-household, it is nearly impossible to keep everything clean, and maybe this is a good thing for your baby's future health."

The study has several limitations, including that it was restricted to the Swedish population and that the researchers followed children only up to age 7, so later effects are unknown. They also did not have access to individual results for allergy testing so they could not determine how many of the asthmatic children had dog-related allergic asthma.

Fall said she and her team are currently working on projects aiming to characterize dogs' impact on children's gut microbiome and to investigate whether there are differences in effects of various dog breeds on the risk of asthma.