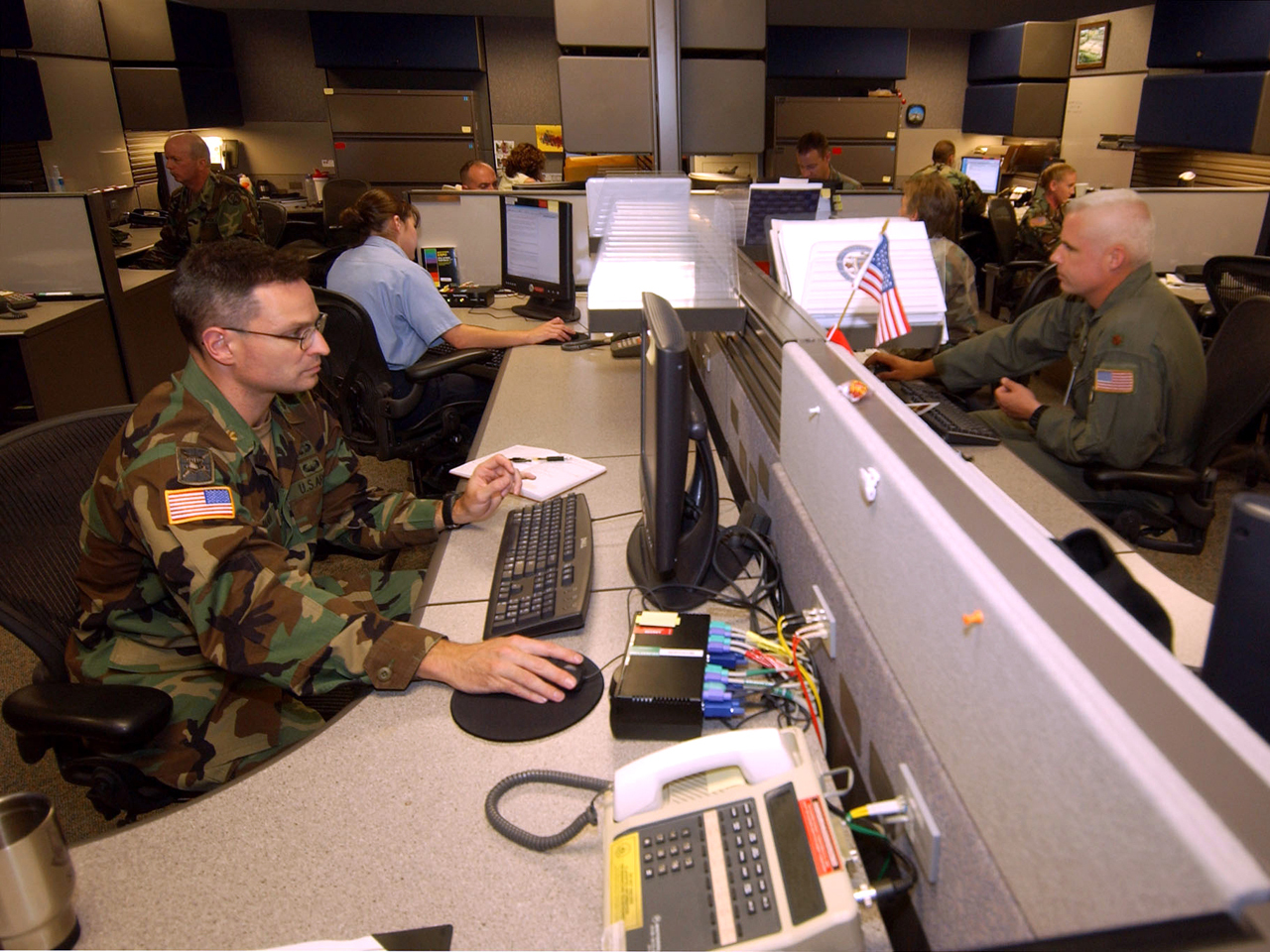 WASHINGTON A multibillion-dollar information-sharing program created in the aftermath of 9/11 has improperly collected information about innocent Americans and produced little valuable intelligence on terrorism, a Senate report concludes. It portrays an effort that ballooned far beyond anyone's ability to control.

What began as an attempt to put local, state and federal officials in the same room analyzing the same intelligence has instead cost huge amounts of money for data-mining software, flat screen televisions and, in Arizona, two fully-equipped Chevrolet Tahoes that are used for commuting, investigators found.

The lengthy, bipartisan report is a scathing evaluation of what the Department of Homeland Security has held up as a crown jewel of its security efforts. The report underscores a reality of post-9/11 Washington: National security programs tend to grow, never shrink, even when their money and manpower far surpass the actual subject of terrorism. Much of this money went for ordinary local crime-fighting.

Disagreeing with the critical conclusions of the report, Homeland Security Department spokesman Matthew Chandler called the findings "out of date, inaccurate and misleading." He said that it focused entirely on information being produced by fusion centers and did not consider the benefit the involved officials got receiving intelligence from the federal government.

Because of a convoluted grants process set up by Congress, Homeland Security officials don't know how much they have spent in their decade-long effort to set up so-called fusion centers in every state. Government estimates range from less than $300 million to $1.4 billion in federal money, plus much more invested by state and local governments. Federal funding is pegged at about 20 percent to 30 percent.

Despite that, Congress is unlikely to pull the plug. That's because, whether or not it stops terrorists, the program means politically important money for state and local governments.

A Senate Homeland Security subcommittee reviewed more than 600 unclassified reports over a one-year period and concluded that most had nothing to do with terrorism. The panel's chairman is Democrat Carl Levin of Michigan, and the ranking Republican is Tom Coburn of Oklahoma.

"The subcommittee investigation could identify no reporting which uncovered a terrorist threat, nor could it identify a contribution such fusion center reporting made to disrupt an active terrorist plot," the report said.

When fusion centers did address terrorism, they sometimes did so in ways that infringed on civil liberties. The centers have made headlines for circulating information about Ron Paul supporters, the ACLU, activists on both sides of the abortion debate, war protesters and advocates of gun rights.

One fusion center cited in the Senate investigation wrote a report about a Muslim community group's list of book recommendations. Others discussed American citizens speaking at mosques or talking to Muslim groups about parenting.

No evidence of criminal activity was contained in those reports. The government did not circulate them, but it kept them on government computers. The federal government is prohibited from storing information about First Amendment activities not related to crimes.

The report is as much an indictment of Congress as it is the Homeland Security Department. In setting up the department, lawmakers wanted their states to decide what to spend the money on. Time and again, that setup has meant the federal government has no way to know how its security money is being spent.

Inside Homeland Security, officials have long known there were problems with the reports coming out of fusion centers, the report shows.

"You would have some guys, the information you'd see from them, you'd scratch your head and say, 'What planet are you from?"' an unidentified Homeland Security official told Congress.

Until this year, the federal reports officers received five days of training and were never tested or graded afterward, the report said.

States have had criminal analysis centers for years. But the story of fusion centers began in the frenzied aftermath of the Sept. 11, 2001, attacks.

The 9/11 Commission urged better collaboration among government agencies. As officials realized that a terrorism tip was as likely to come from a local police officer as the CIA, fusion centers became a hot topic.

But putting people together to share intelligence proved complicated. Special phone and computer lines had to be installed. The people reading the reports needed background checks. Some information could only be read in secure areas, which meant construction projects.

All of that cost money.

Meanwhile, federal intelligence agencies were under orders from Congress to hire more analysts. That meant state and local agencies had to compete for smart counterterrorism thinkers. And federal training for local analysts wasn't an early priority.

Though fusion centers receive money from the federal government, they are operated independently. Counterterrorism money started flowing to states in 2003. But it wasn't until late 2007 that the Bush administration told states how to run the centers.

Under federal law, that was fine. When lawmakers enacted recommendations of the 9/11 Commission in 2007, they allowed fusion centers to study "criminal or terrorist activity." The law was co-sponsored by Sens. Susan Collins and Joe Lieberman, the driving forces behind the creation of Homeland Security.

"Many fusion centers lacked either the capability or stated objective of contributing meaningfully to the federal counterterrorism mission," the Senate report said. "Many centers didn't consider counterterrorism an explicit part of their mission, and federal officials said some were simply not concerned with doing counterterrorism work."

Collins said the report highlighted the need for more transparent budgeting, performance metrics and improved analyst training. But she also noted the fusion centers' value, saying they have "established a two-way street of information sharing."

Lieberman criticized the report's assertion that the centers have not meaningfully contributed to counterterrorism efforts. "This statement is not supported by the examples presented in the report and is contrary to the public record, which shows fusion centers have played a significant role in many recent terrorism cases and have helped generate hundreds of tips and leads that have led to current FBI investigations," the senator said in a statement.

When Janet Napolitano became Homeland Security secretary in 2009, the former Arizona governor embraced the idea that fusion centers should look beyond terrorism. Testifying before Congress that year, she distinguished fusion centers from the FBI-led Joint Terrorism Task Forces that are the leading investigative and analytical arms of the domestic counterterrorism effort.

"A JTTF is really focused on terrorism and terrorism-related investigations," she said. "Fusion centers are almost everything else."

Congress, including the committee that authored the report, supports that notion. And though the report recommends the Senate reconsider the amount of money it spends on fusion centers, that seems unlikely.

"Congress and two administrations have urged DHS to continue or even expand its support of fusion centers, without providing sufficient oversight to ensure the intelligence from fusion centers is commensurate with the level of federal investment," the report said.