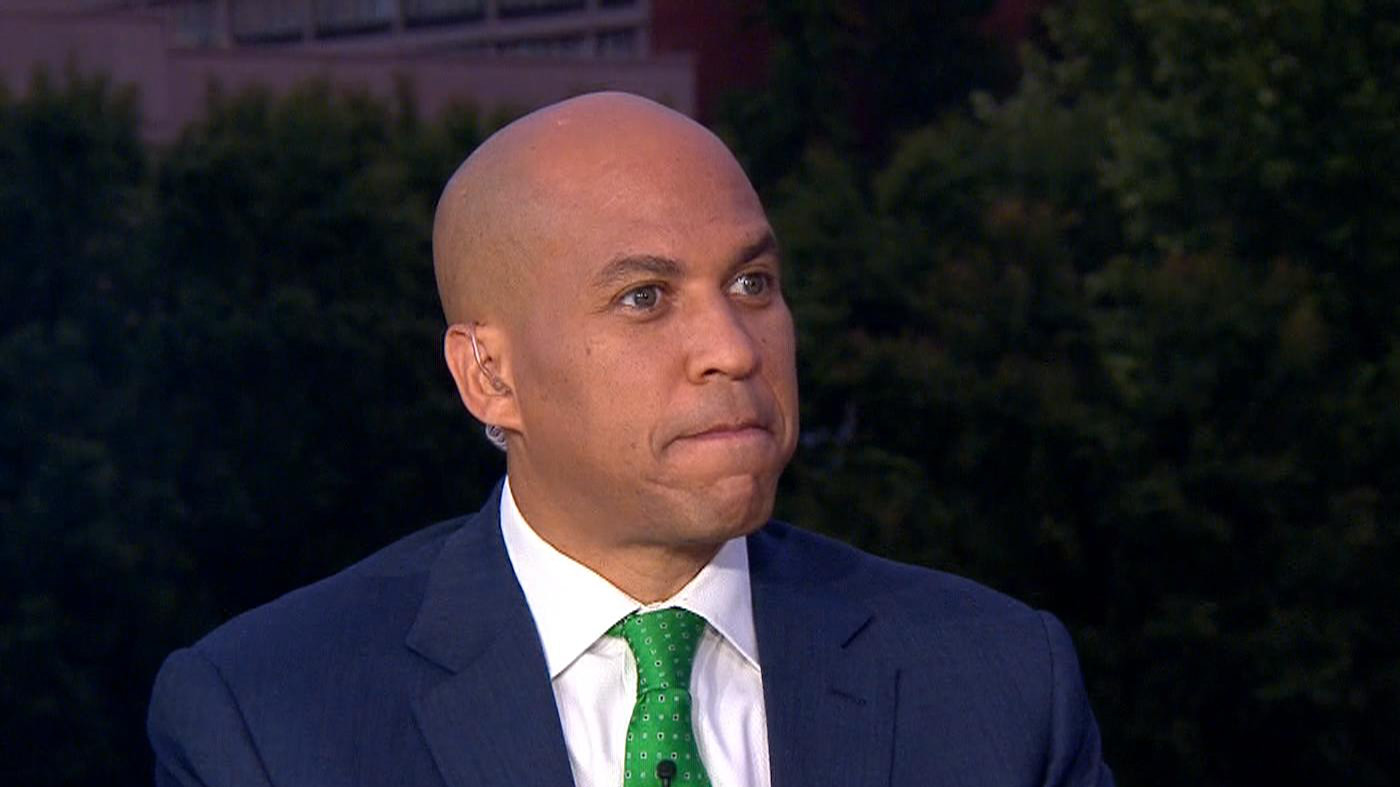 Sen. Cory Booker says that Democrats must show a "contrast" with Republicans this week as they hold their party's convention in Philadelphia.

"I think that number one, we've got to show a contrast. They had a very dark convention. They showed a very negative view of America," the New Jersey Democrat said in an interview Monday with "CBS This Morning."

The United States, Booker said, is on the rise despite the nation having its "challenges" and "difficulties." But he said that Donald Trump has been tearing down and insulting Americans such as those with disabilities and people of Latino ancestry.

"We need to be a nation that doesn't degrade or demean our folks, but elevates our nation and brings us together," said Booker, who is scheduled to address the convention Monday evening.

Booker, who was vetted a possible vice presidential running mate for Hillary Clinton, said that the convention must be about bringing Democrats together and unifying behind the presumptive Democratic nominee.

He said that Debbie Wasserman Schultz "did the right thing" Sunday when she announced that she would be stepping down as chairwoman of the Democratic National Committee at the end of the convention.

"I think that's a step in the right direction," Booker said. "This has got to be a convention where we need to come together though."

Booker praised his colleague Sen. Tim Kaine, D-Virginia, who Clinton chose as her running mate. He said that elected officials from both sides of the aisle admire him and when he speaks to his caucus on Capitol Hill, everyone looks up and pays attention.

Thomas Jefferson's descendants unite over a troubled past
Rebecca Shabad