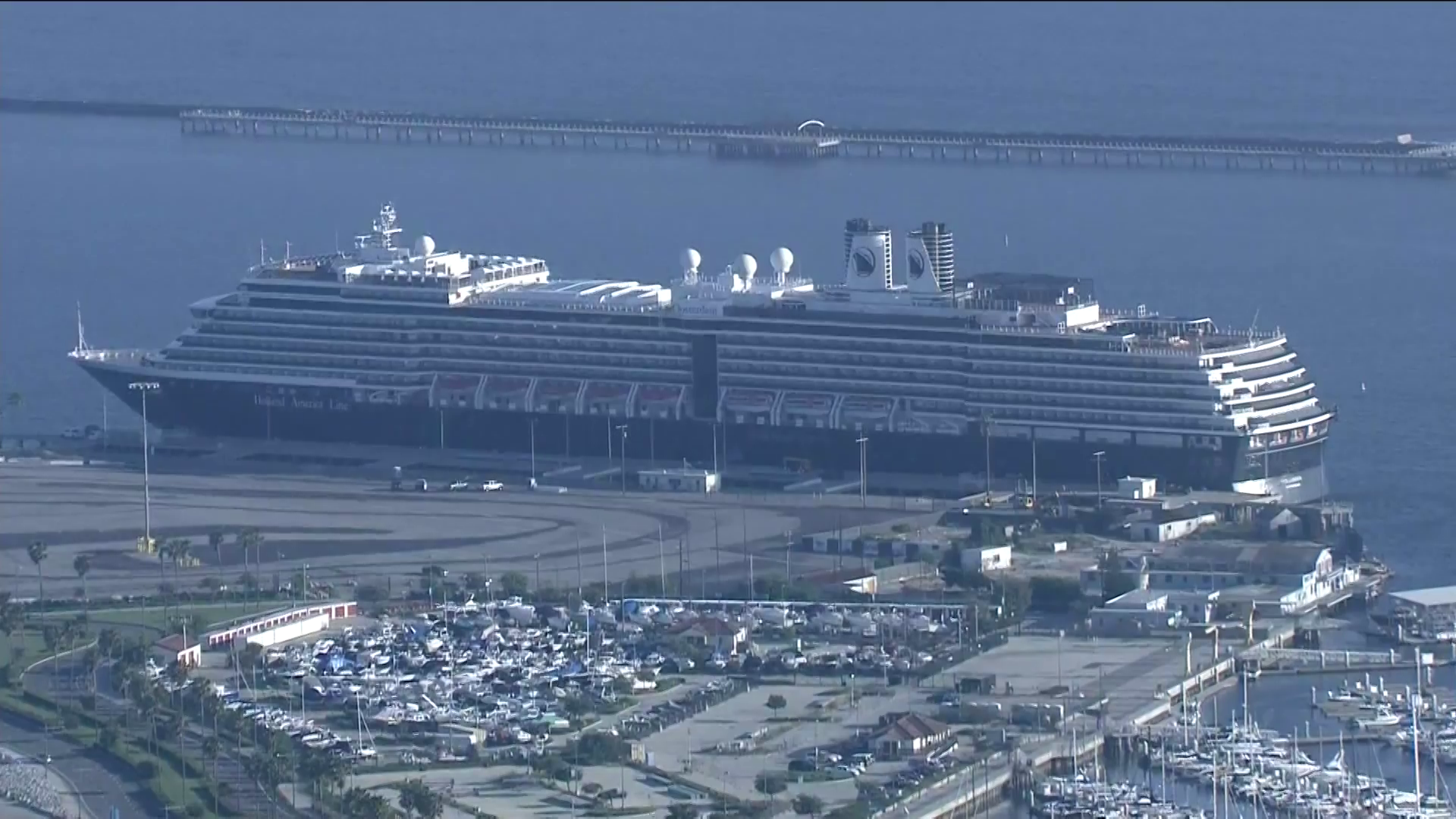 Editor's note: A previous headline for this story has been fixed to clarify that thousands of cruise ship workers have been affected, not thousands of Americans.

For now, the coronavirus has all but sunk America's $50 billion a year cruise industry. Under orders by the Centers for Disease Control and Prevention, U.S. cruise ships are going nowhere for the next three months, which has left thousands of workers stranded at sea.

At least nine American crew members on Holland America's Oosterdam cruise ship were blocked by the CDC from getting off in Los Angeles on Tuesday.

They are among at least 132 other Americans marooned on cruise ships owned by Carnival Cruise Line companies.

Ryan Driscoll is a performer on one of those ships, currently an island in the coronavirus storm. It was essentially stranded at sea for more than 60 days.

Passengers got off March 13 and he's been quarantined for weeks — only allowed out of his room for meals and temperature checks.

"The fact that they won't let us off is extremely frustrating, irritating, especially for ships that just have crew members that have been quarantined for much longer than 14 days that have no COVID-19 cases," he told CBS News. "We're just stuck here. It does feel like a prison sometimes ... I want to go home. I want to see my family."

The Coast Guard is monitoring 120 cruise ships in U.S. waters with about 80,000 crew members. The total number of Americans onboard is unknown.

They can't disembark because of the CDC's order. It prohibits cruise ship workers from staying in a hotel, using public transportation, taking a commercial airline flight or interacting with the public for 14 days upon arrival on land. That's regardless how long they were quarantined onboard.

Dan Domenich is stuck on a different ship.

"We're on a ship with 1,300 other crew members from 60 different nationalities, and our nation is the one that's not letting us back into the country. And it's embarrassing," he said.

It is extremely unusual for American citizens to be denied entry to the U.S.  The State Department said they are working to bring people home.  Holland America said it continues to work with the CDC to resolve the issues around disembarking U.S. citizens under the no sail order.