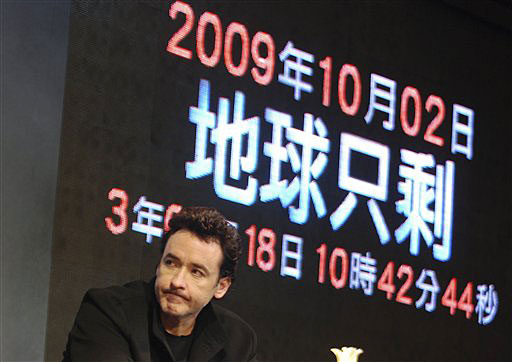 "I probably told that to everybody," Brocchini testified during Scott Peterson's preliminary hearing. "My intent was to catch ... whoever got Laci."

The case, defense attorneys suggested, became personal for Brocchini - Laci Peterson and her fetus were dead and someone had to pay.

Defense attorneys claimed the detective even told friends of the couple he was going to "take Scott Peterson down."

Brocchini denied making the statement, but acknowledged he tried "planting the seeds of suspicion" with friends and suspected early on that Peterson did the deed.

Now, with Peterson's double-murder trial entering its eighth week, Brocchini has become a lightning rod for defense attacks, as they attempt to sidetrack the case by questioning Brocchini's credibility and character.

Last month, the detective testified about a tip he received several days after the bodies of Laci Peterson and the couple's fetus surfaced along the shore of San Francisco Bay in April 2003 - four months after Laci vanished.

According to Brocchini, the tipster alleged that, in 1995, Scott Peterson spoke of how he would dispose of a body by sinking it in the ocean and tying "a bag around the neck with duct tape" - a potentially damaging assertion because duct tape was found on clothing on Laci's badly decomposed torso.

Brocchini later testified he didn't consider the information credible and shelved it.

But defense lawyers assert that the tipster never mentioned duct tape, implying Brocchini lied on the stand to influence the jury.

Judge Alfred A. Delucchi set a July 29 date to hear arguments from defense attorneys seeking to have the case dismissed - or to be allowed to impeach Brocchini on the witness stand.

Brocchini's 11-year tenure with the Modesto Police Department is littered with accusations of malfeasance, and Geragos wants to dredge up Brocchini's past in an effort to show a pattern of misconduct.

In particular, Geragos wants to discuss a 1998 home invasion robbery case in Modesto which Brocchini investigated.

Brocchini's testimony in that case led to a mistrial after a Stanislaus County judge ruled he may have prejudiced the jury, according to court documents.

Brocchini was instructed by the judge not to mention any other crimes the defendants may have been involved in. Nonetheless, under questioning, Brocchini told jurors that while investigating the case, he had been interested in talking with one defendant about his potential involvement in another robbery.

A defense attorney in the case objected, alleging Brocchini had intentionally disregarded the judge's directive because prosecutors "felt the case slipping away," according to an opinion from a state appeals court.

The appeals court found Brocchini's conduct to be "improper," but didn't conclude he intentionally tried to "trigger a mistrial."

It's not the first allegation of misconduct directed at Brocchini, but nothing has ever been proven.

In past cases, Brocchini has been accused of coercing confessions, intimidating witnesses and withholding evidence.

"He's had a real history of threatening and intimidating witnesses and mischaracterizing their statements," Carson said.

Everyone involved in the Peterson case is bound by a gag order and forbidden from talking.

"No comment, sorry," Brocchini said when reached by telephone.

Friends and colleagues describe him as an honest, hardworking, dedicated detective.

"He's one of the best cops I've ever worked with," said Officer Mike Sobek of the San Leandro Police Department, who served as Brocchini's partner at the Alameda County Sheriff's Department where the detective began his career about 18 years ago.

"He's always been very conscientious and most importantly, very honest," Sobek said, adding that he called Brocchini last week to tell him to "keep his head up."

"In this line of work you learn to take this stuff with a grain of salt," said Detective Ed Campbell of the Stanislaus County Sheriff's Department.

Brocchini has been at the heart of the Peterson investigation from its earliest days. He was the first detective assigned to the case; he interviewed Peterson the first night Laci was reported missing; and he was the first to interview Peterson's girlfriend, Amber Frey, about the affair prosecutors allege was his motive.

While defense attorneys' efforts to undermine police investigators during criminal trials is nothing new, the Brocchini factor could damage the case if jurors get wind of it, said Los Angeles criminal defense attorney Steve Cron.

"He's got serious credibility problems," said Cron of Brocchini, at the same time adding that a dismissal or mistrial is highly unlikely. "Geragos wants to... show that Modesto police rushed to judgment, that they had their suspect and now are going to do whatever it takes to nail him," Cron said.

The defense has three times asked the judge to throw out the charges against Peterson. The judge is expected to rule next week on the latest defense request for a mistrial, this time based on the defense allegation that Brocchini lied on the witness stand.

Loyola Law School Professor Laurie Levenson said even if the judge doesn't allow Geragos to impeach Brocchini with the alleged duct tape misstatement or prior allegations of misconduct, the defense still comes out ahead.

"They're trying this case inside and outside of the courtroom," Levenson said. "The purpose is to influence the public and hope that some of that influence makes its way to the jury."