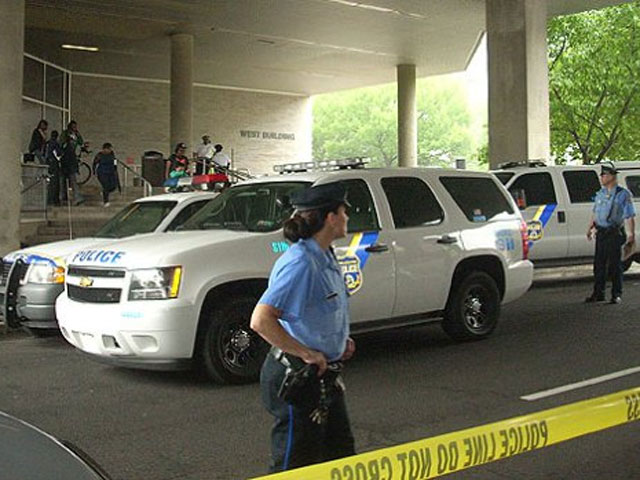 PHILADELPHIA -- Police say a student brandished a gun inside a classroom at Community College of Philadelphia Wednesday afternoon, which lead to an evacuation of the school, reports CBS Philly.

According to investigators, the incident began around noon when a 24-year-old student at the school entered a chemistry class and confronted a classmate. Investigators say the suspect displayed a handgun during the confrontation and is believed to have then fled the school.

The station reports that police searched the entire school as a part of the investigation, but that it was not an active shooting. All buildings of Community College were evacuated, but some students stayed inside the school.

Deputy Police Commissioner Richard Ross said he is "99-percent" certain that the threat at the school was over. Ross said the 24-year-old suspect was in touch with his father and was expected to surrender to authorities Wednesday afternoon.

It was not known what prompted the confrontation, but Ross hinted it could have been over a woman.