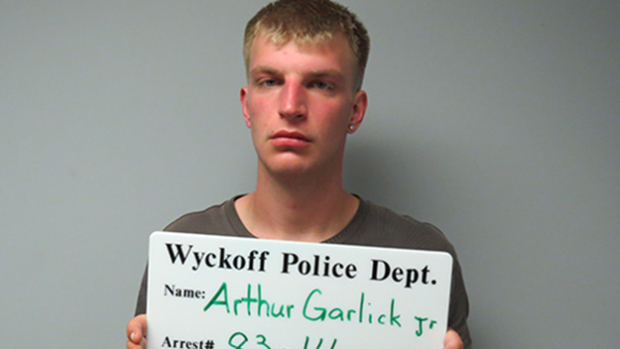 WYCKOFF, N.J. - A New Jersey man has been arrested for allegedly stealing his grandmother's car from a church parking lot and selling it for heroin, reports CBS New York.

Twenty-two-year-old Arthur J. Garlick Jr. is charged with stealing a 1999 Lincoln Town Car from the Cedar Hill Christian Reformed Church in Wyckoff, N.J., on June 3, according to the station.

Garlick's grandmother was in the church at the time, police said, serving as a poll worker on election day. The car was recovered a week later in Paterson, N.J., and another man was initially arrested for the theft. Wyckoff police said officers were led to Garlick after interviewing the first man in jail.

The station reports Garlick admitted to stealing the car and selling it for $200 dollars and $150 worth of heroin, authorities said. The suspect lives with his grandmother, and police said he got an extra set of her keys and made off with the vehicle knowing she would be at church all day.

Garlick was charged with auto theft of the third degree and released on his own recognizance, CBS New York reports.