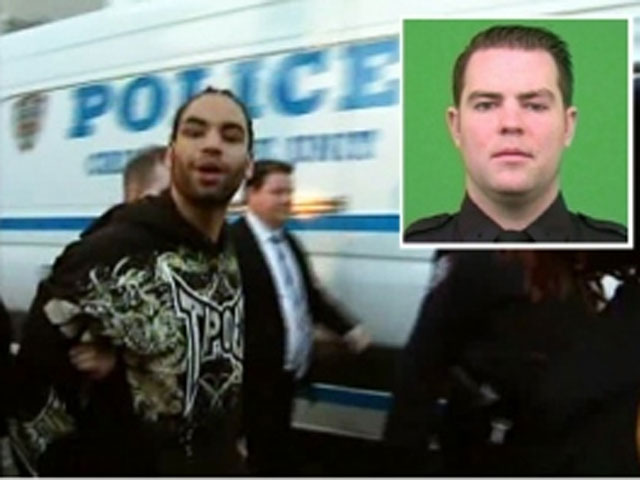 According to the New York Times, Luis Ortiz, who was arrested Wednesday in the shooting of Officer Kevin Brennan, had been wanted for questioning in the death of Shannon McKinney, whose body was found lying in front of a supermarket on Jan. 1.

Investigators say that Ortiz, 21, shot officer Brennan, 29, point-blank in the head Tuesday night in Brooklyn. The bullet - which Police Commissioner Ray Kelly displayed at a press conference Tuesday night - lodged in the back of Brennan's head but did not kill him.

As he was led into the precinct Wednesday, Ortiz blew kisses at the crowd, reports CBS New York.

According to the Times, Ortiz has a record of 14 arrests on charges involving drugs and violence. He is expected to be arraigned Thursday.