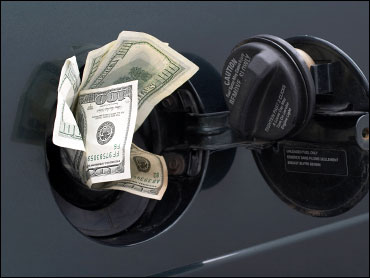 Police and automotive experts say over-the-top attempts by some drivers to boost their gas mileage could be endangering them and other motorists.

The AAA and Connecticut State Police are warning against extreme measures in "hypermiling," a practice in which unusual techniques are used to boost vehicles' mileage.

They include rolling through stop signs to avoid braking, turning off a car's engine or shifting into neutral to coast down hills, over-inflating tires to decrease rolling resistance against pavement, and other techniques.

One action that authorities say is particularly dangerous is called "drafting," tailgating big rigs in hopes of cutting wind resistance and being pulled along in a truck's wake.

"Every one of them is illegal," Connecticut State Police spokesman Trooper William Tate said of the "hypermiling" techniques.

"But more importantly, they're extremely dangerous. Every one of them is the cause of accidents," he said.

Most accidents on secondary roads are caused by drivers who don't obey traffic signals, such as stop signs or traffic lights, Tate said. Most highway crashes are caused by tailgating and unsafe lane changes, which are often related, he said.

"Following a tractor-trailer too closely, you don't have the ability to see beyond it as you would when following a passenger vehicle," Tate said. "You're risking your life, and the lives of motorists behind you."

He stressed to Solorzano Monday that rolling through stop signs and driving right behind big rigs are NOT part of his way of hypermiling.

"What we recommend," he says, "is staying in the right hand lane, following the speed limits and, as cars go around you, they create a low pressure zone across the entire roadway, and that's called the traffic-side draft. And it does give you another 15 to 20 second boost as the lower pressure area you're coming through helps you along."

At times, says Solorzano, Gerdes does shut off his engine to coast downhill, but on his Web site, CleanMPG.com, he teaches that it's illegal in certain places. And he emphasizes that it's an advanced technique that needs to be practiced in a remote area, and that law enforcement officials continue to insist that shutting off your engine is a dangerous practice.

Police have been told to be on the lookout for hypermilers, Solorzano adds.

Fran Mayko, a spokeswoman for AAA Connecticut Motor Club, says "hypermiling" has been around for a while, but that it has drawn more attention as gas prices have jumped and drivers are seeking ways to boost their mileage.

This is the first time AAA has issued a warning about it, she said.

She said drivers should stick to tried-and-true mileage boosters: keeping up with routine maintenance, ensuring tires are properly inflated, keeping unnecessary weight out of the car and driving at the posted speed limit.

AAA said the average price on Saturday for regular unleaded gas nationwide was $4.07 per gallon, up $1.10 from the same time last year.