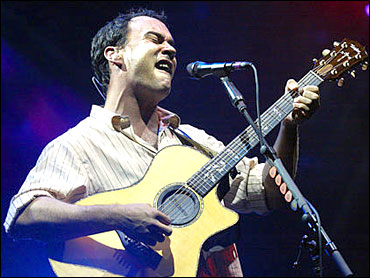 MADISON, Wis. (CBS/AP) Walking to a parking lot after seeing Dave Matthews Band live in concert south of Milwaukee, an Illinois teen knew he was too drunk to drive home. So he fell asleep in his car, only to be awoken by a state trooper.

Travis Peterson, 19, of Dixon, Ill., said even though he told the officer he was drunk and sleeping it off, the trooper ordered him to leave because the lot was being cleared.

Once out of the parking lot, Peterson was arrested for drunken driving.

He was subsequently found guilty and ordered to spend 60 days in jail.

But on Wednesday a Wis. appeals court commended Peterson for doing the right thing by trying to sleep it off, and said the trial court was wrong not to let him argue that police had entrapped him.

During his trial, the state had successfully argued that people who choose to drink too much can't say they've been entrapped when stopped for drunken driving. The 2nd District Court of Appeals disagreed.

"Drinking alcohol to excess, while inadvisable and unhealthy, is not unlawful by itself," the appeals court said.

It did not address the fact that Peterson was underage. Peterson's attorney, Andrew Mishlove, said that was irrelevant given the other issues at stake.

The trooper testified he checked on Peterson's car because Alpine Valley staff thought there was a dead person in it. The trooper said he had to bang on Peterson's car window for up to seven minutes, shine a flashlight in his face and turn on the his siren and lights before Peterson woke.

The trooper said he told Peterson he would come back later to check on him. Two hours later, the trooper was asked to assist another officer who had pulled over Peterson for drunken driving.

Because Peterson and the trooper told different stories, a jury should have been allowed to determine whether Peterson had been entrapped, the appeals court said.