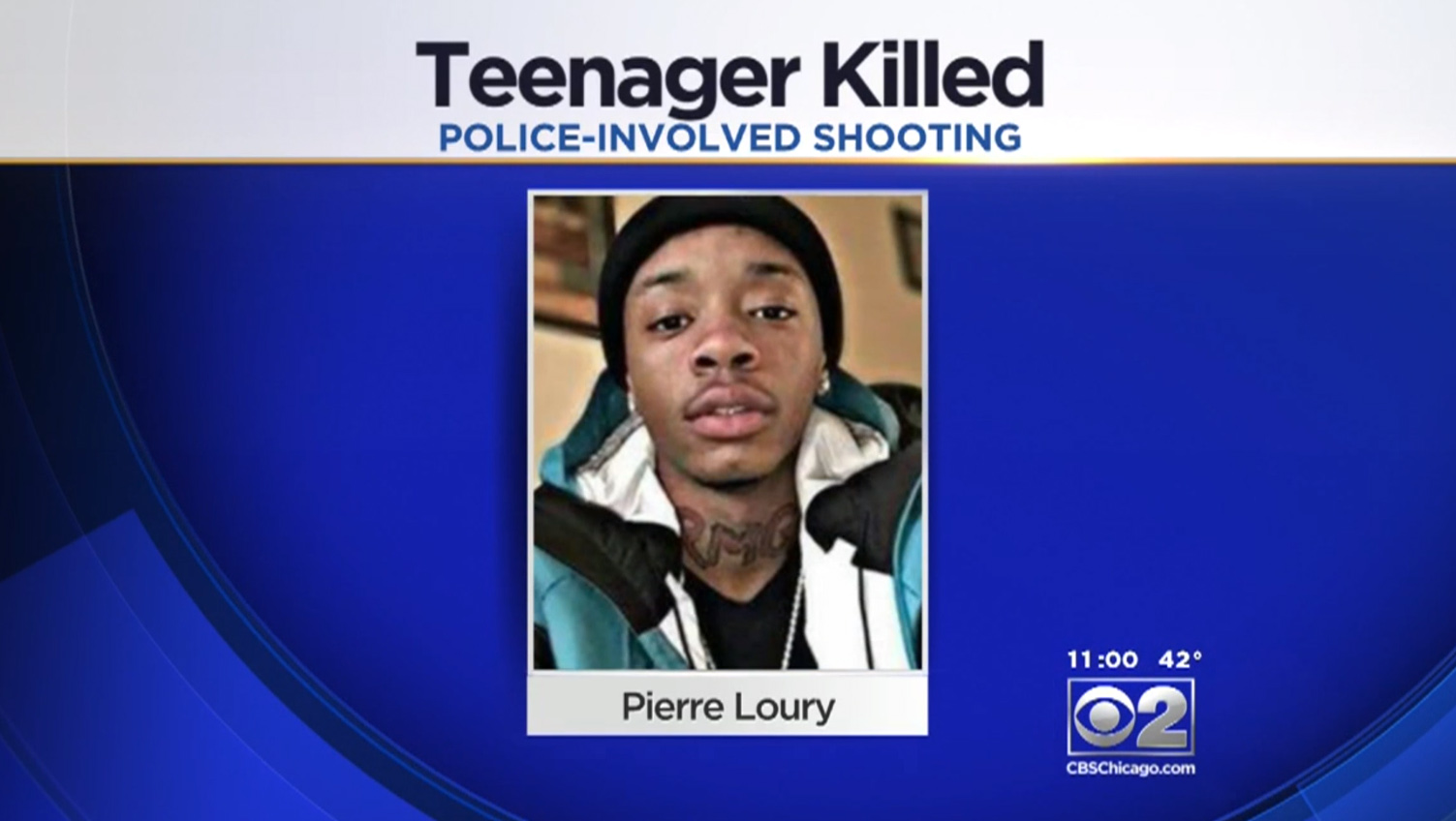 CHICAGO --A 16-year-old Chicago boy was fatally shot by an officer Monday night after what police are describing as an "armed confrontation," though the boy's family maintains he did not have a gun,reports CBS Chicago.

Pierre Loury, a high school junior, was shot Monday night on the city's west side, several blocks from his home. Police say officers were on routine patrol around 7:40 p.m. when they saw a car matching the description of a vehicle involved in an earlier shooting. When officers tried to stop it, police say, a young man ran out of the car and an officer chased him.

"A foot pursuit ensued, and during the course of that pursuit led to an armed confrontation between the offender and the officer, resulting in the officer firing shots with his service weapon," Chicago Police Chief of Detectives Eugene Roy told reporters.

Loury was taken to Mount Sinai Hospital, where he was pronounced dead less than an hour later, CBS Chicago reports.

"My baby is gone," the boy's mother, Tambrasha Hudson, said in an interview with the station. "He was loving, caring. He helped me a lot with his other siblings."

Police said a gun was recovered at the scene, but his mother disputed that.

"No, he didn't have a gun, but they saying he did after the fact," Hudson said.

Witnesses said the boy was shot while he was jumping over a fence, reports the station. The officer was not wearing a body camera. The officer has been placed on desk duty for 30 days while the Independent Police Review Authority investigates.

"We just want justice, that's it, point blank, period," the boy's stepfather, Vantrese Frazier, told the station. "We don't want no money. We don't want nothing. We want the corruption to stop."

"He did not deserve to lose his life over this," Wilson said.