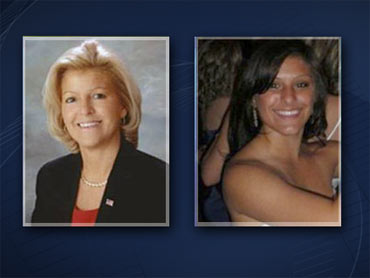 COPPELL, Texas (CBS/KTVT) On Wednesday the Dallas County Medical Examiner's Office determined that the shooting of the Mayor Jayne Peters of Coppell, Texas and her 19-year-old daughter Corinne Peters was a murder-suicide. The bodies the mayor and her daughter were found just before 8:00 p.m. Tuesday night.

Mayor Peters failed to show up for a regularly scheduled city council meeting, and the Coppell city manager sent police to her house on Greenway Drive.

Police in Coppell held a news briefing just after 2 p.m. and said when they got to the house they found an envelope on the front door; inside the envelope was a note and a key to enter the house.

Once inside authorities found Corinne Peters dead on the first floor of the house and found Mayor Peters, 55, dead upstairs. Each had been shot in the head with a semi-automatic gun. Authorities say there was no sign of forced entry at the home.

After performing autopsies on both women, the Dallas County Medical Examiner's office announced Wednesday afternoon that the Mayor shot her daughter and then shot herself.

According to Coppell police, three other notes were found inside the house, but officials won't provide details of what they contained. ,"It appeared to me there had been some thought behind all of this," said Coppell Deputy Chief Steve Thomas.

Peters had been a Coppell councilwoman since 1998 and was elected mayor in May 2009.

City Manager Clay Phillips called the deaths a "tremendous loss for the city, the community and the region."

According to a city press release and the city's website, Mayor Peters was a contract software developer and sat on regional governmental committees while being, along with her daughter, active in her community and church.

Friends hinted that Peters may have been sick, but fellow council members say Peters showed no signs of physical or mental illness. "Totally unexpected, totally unpredicted. Personally, I did not see any behavior changes. She was our favorite Person" said Logan.

Corinne Peters had just graduated from Coppell High School in May, and was set to attend the University of Texas at Austin this fall. Mayor Peters' husband, Donald Peters, died of cancer in January of 2008.