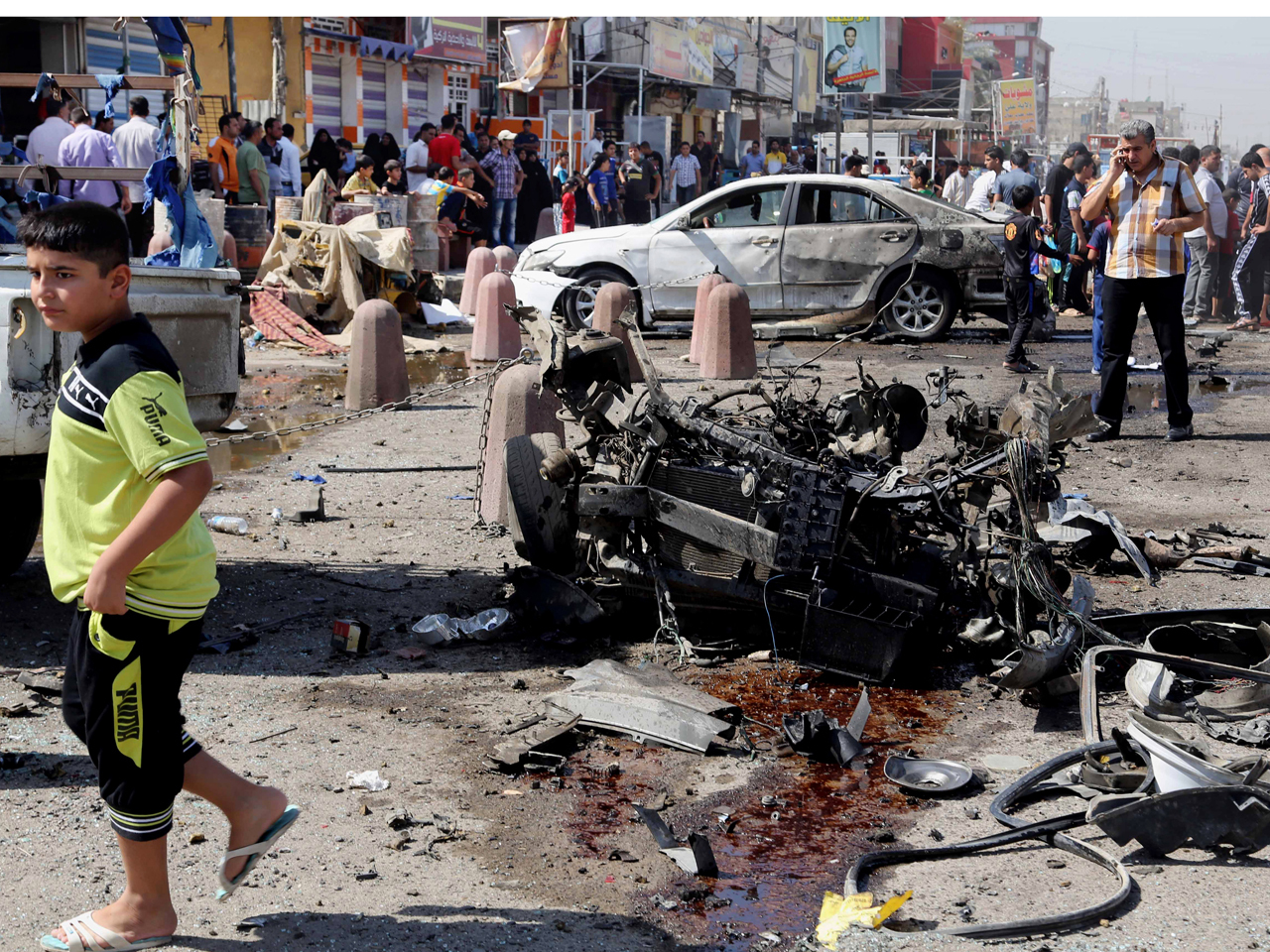 BAGHDAD A coordinated wave of bombings tore through Shiite Muslim areas in and around the Iraqi capital early Wednesday, killing at least 58 and wounding dozens, officials said.

The blasts, which came in quick succession, targeted residents out shopping and on their way to work.

The attacks are the latest in a relentless wave of killing that has left thousands dead since April, marking the country's worst spate of bloodshed since 2008. They raise fears that Iraq is hurtling back toward the brink of a civil war fueled by ethnic and sectarian differences.

There was no immediate claim of responsibility, but the attacks bore the hallmarks of the Iraqi branch of al Qaeda. It frequently targets Shiites, which it considers heretics, and employs coordinated bombings in an attempt to incite sectarian strife.

The northern neighborhood of Kazimiyah, home to a prominent, gold-domed Shiite shrine, was the worst hit. Two bombs went off in a parking lot in the neighborhood, followed by a suicide car bomber who struck onlookers who had gathered at the scene. Police said a total of 10 people were killed and 27 wounded.

Other areas that were hit included the sprawling slum of Sadr City and neighboring Jamila, and the neighborhoods of Shaab, Shula, and Mahmoudiyah.

Medical officials confirmed the casualty figures. All officials spoke on condition of anonymity as they were not authorized to release information.

The violence follows months of protests by Iraq's Sunni minority against the Shiite-led government that began late last year. Attacks have been on the rise since a deadly security crackdown by security forces on a Sunni protest in April, while the increasingly sectarian nature of the civil war in neighboring Syria is inflaming Iraq's own long-festering differences between Sunnis and Shiites.

In response, clerics and other influential Shiite and Sunni leaders have called for restraint, and security forces have tried to ratchet up counterinsurgency operations.

More than 480 people have been killed so far in August, according to an Associated Press count.