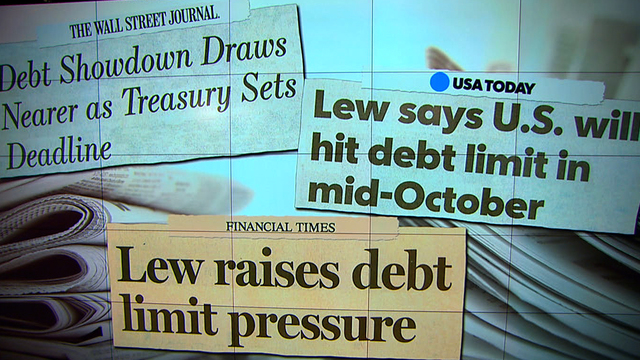 A group of conservative House Republicans on Tuesday unveiled a proposal to raise the debt limit through March 2017 that also calls for mandatory spending cuts.

The Republican Study Committee's "Terms of Credit Act" would raise the debt ceiling by roughly $1.5 trillion -- to a total of $19.6 trillion -- through March 2017.

But the committee is setting a steep price for the debt limit increase. The bill would require congressional committees to produce legislation within 90 days that would cut more than $3.8 trillion in mandatory funding over the next decade. Mandatory funding covers programs like Medicare, Social Security and food stamps.

They also have a condition to impose on their colleagues in the Senate: the measure would eliminate the filibuster for an initial procedural vote on spending bills any time after Oct. 1. The legislation would also freeze all regulations until July 1, 2017, several months into the next presidential administration.

Congress has only two weeks left before the Nov. 3 deadline to raise the debt ceiling before the nation's borrowing authority runs out. Speaker John Boehner, R-Ohio, is expected to bring up a "clean" debt ceiling increase before he leaves Congress.

President Obama wants Congress to pass a "clean" bill, which has no conditions, but many conservatives don't want to raise it without passing significant spending reforms.