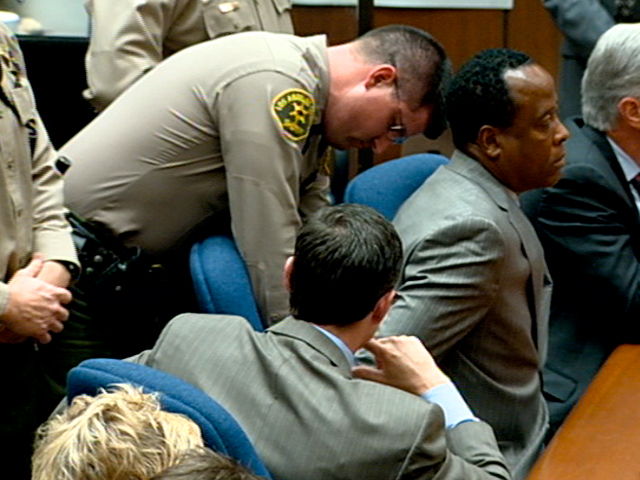 Although Conrad Murray was "devastated" by Monday's guilty verdict, he is "confident" he will win an appeal, defense lawyer Nareg Gourjian said, according to CNN.

However, Murray's lawyers say they must first deal with their client's sentencing.

"What matters most right now is trying to keep Dr. Murray from taking up a prison cell in this community," said Chernoff, CNN reports. "That's what we're focusing on right now and we'll deal with an appeal after that."

Murray was convicted Monday of involuntary manslaughter in Jackson's 2009 death. Murray had admitted to giving Jackson a powerful operating-room anesthetic as a sleep aid.

Murray was denied bail and taken into custody immediately after his conviction. He faces sentencing later this month.

The verdict, after less than nine hours of deliberations, could bring up to four years in prison for Murray.

Prosecutors had portrayed Murray as an incompetent doctor who used the anesthetic propofol without adequate safeguards, and whose neglect left Jackson abandoned as he lay dying.