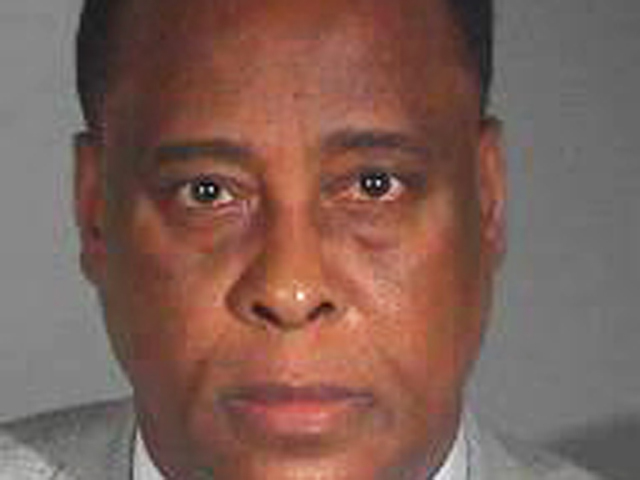 One of Dr. Conrad Murray's defense lawyers, Michael Flanagan, said on "The Early Show" Wednesday that his client is doing "OK" since he received the maximum sentence -- four years in prison -- for his involuntary manslaughter conviction in the death of pop star Michael Jackson.

"(Murray's) resigned himself to his position and he'll come through it," Flanagan said.

Murray got a stern lecture from the judge in addition to his sentence, reports CBS News national correspondent Ben Tracy. In a blistering rebuke, Judge Michael Pastor called Murray's actions a disgrace to his profession, giving Jackson the powerful anesthetic propofol in exchange for $150,000 per month.

"Dr. Murray became involved in a cycle of horrible medicine," said Pastor. "Some may feel this was a medical malpractice case. It wasn't. It was and is a criminal homicide case."

Now, the question seems to be how long Murray will actually remain behind bars. Despite the four year sentence, Murray will likely serve two years at the most, Tracy reports, because of overcrowding in California's prisons.

Murray's attorney says he isn't so sure.

"Two weeks ago, (Los Angeles County Sheriff) Lee Baca said, due to overcrowding, they were going to have to release some of the nonviolent offenders that weren't a danger to the public and he said, 'Obviously, Conrad Murray is not a danger to the public and he probably would be on that list of early releases.' On the other hand, yesterday, his... a spokesman for Baca indicated that Conrad Murray is a danger, kind of mimicking the judge's statement, so I'm not sure what the position is going to be of the Sheriff's Department."

Murray may actually be in danger while incarcerated, according to his lawyer.

"There's an element in jail, somebody might think... it would enhance their position in the environment to take out Dr. Murray or do some harm to Dr. Murray, so they do have to keep him away from the general prison population," Flanagan told "The Early Show".

Flanagan says he and his client do plan to appeal Pastor's ruling in an appellate court - and that they have several grounds on which to launch that appeal.

Among those potential avenues, says Flanagan, are Michael Jackson's alleged debt of $400 million, issues with sequestering the jury, witness subpoenas and the court's alleged refusal to allow the Murray defense team to independently scrutinize some evidence, including a bottle of propofol.