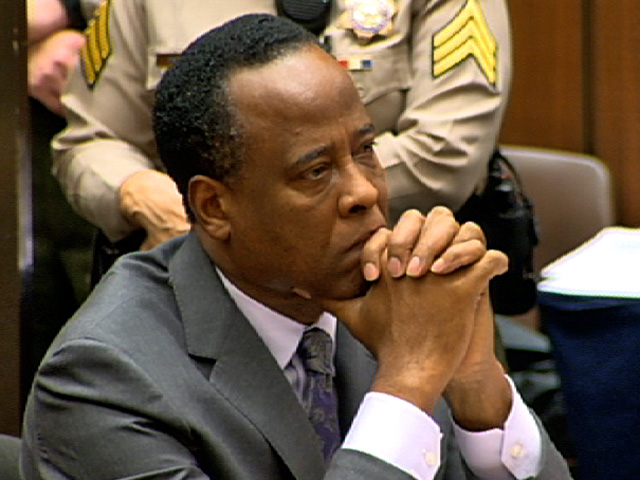 The doctor convicted of involuntary manslaughter in the death of pop legend Michael Jackson has filed a widely anticipated appeal, TMZ reports.

Murray signed the notice that was filed in Los Angeles on Friday seeking all records and transcripts from the case. The filing does not indicate the basis on which Murray will argue to overturn his conviction or sentence.

TMZ reports that Murray filed the appeal in pro per, meaning that he is representing himself rather than using an attorney.

Pictures: Who's who in the trial of Dr. Conrad Murray
Pictures: Michael Jackson's Doctor Trial

"While he is representing himself, Murray is still communicating with one of the lawyers who repped him in the manslaughter trial, Nareg Gourjian," TMZ reports.

Superior Court Judge Michael Pastor chastised Murray for a "horrific violation of trust" in caring for the pop star and called the heavy use of propofol "medicine madness." Several members of Jackson's family, including mother Katherine and siblings LaToya, Jermaine, Randy and Rebbie, attended the proceedings.

Murray is only expected to serve two years of the four year sentence if his appeal is not successful.