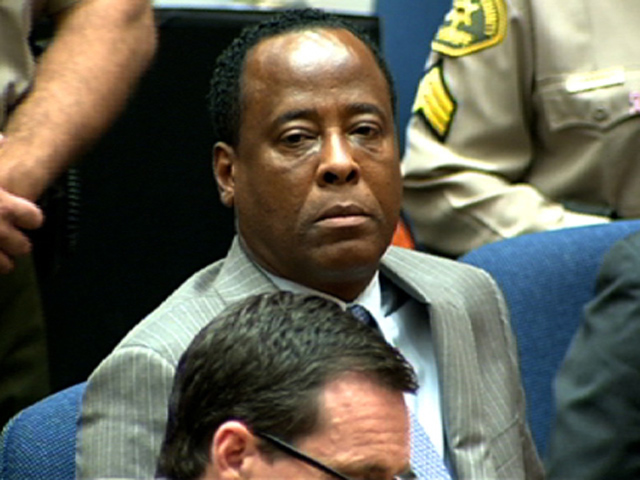 He was handcuffed and taken into custody without bail until sentencing on Nov. 29. Murray appeared calm as officials led him out of the courtroom.

After less than nine hours of deliberation over two days, the seven-man, five-woman panel determined Monday the cardiologist was substantially responsible for the pop superstar's death. Jurors heard from 49 witnesses over the course of the six-week trial and more than 300 pieces of evidence to consider.

Murray sat stone-faced and showed little reaction to the verdict.

There was a shriek in the courtroom when the verdict was read, and many in the crowd erupted in applause and shouts of support outside the courthouse. The judge polled the jury, and each juror answered "yes" when asked whether their verdict was guilty.

Jackson died in June 2009 from a fatal dose of the anesthetic propofol, which Murray acknowledged giving Jackson to help him sleep.

Prosecutors contended Murray gave Jackson the fatal dose of the powerful anesthetic in the bedroom of the singer's Southern California mansion. Defense attorneys claimed Jackson gave himself the lethal dose when Murray left the room.

Murray faces a sentence that ranges from probation to four years behind bars, and he will lose his medical license. The sentence will be decided by Superior Court Judge Michael Pastor; the judge will receive input from attorneys for both sides and probation officials, if necessary.

A recent change in California law means that Murray, 58, might serve any incarceration in a county jail rather than a state prison.