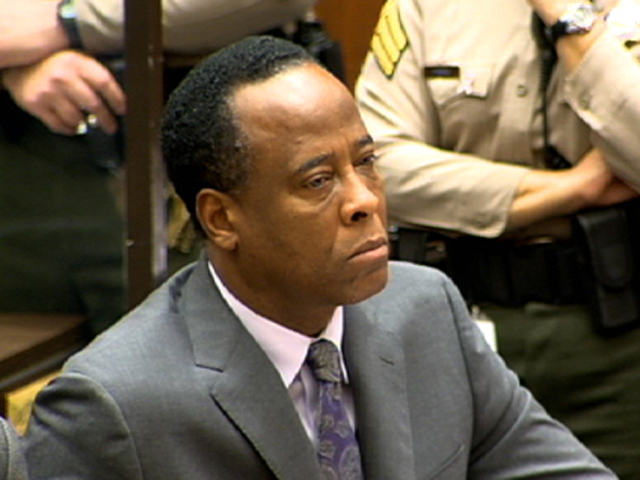 (CBS/AP) LOS ANGELES - Michael Jackson's doctor, Conrad Murray, was sentenced Tuesday to four years behind bars for his role in the death of the pop superstar.

Superior Court Judge Michael Pastor chastised Murray for a "horrific violation of trust" in caring for the pop star and called the heavy use of propofol "medicine madness."

Several members of Jackson's family, including mother Katherine and siblings LaToya, Jermaine, Randy and Rebbie, attended the proceedings. Before the sentencing, a representative read a statement on behalf of the Jackson family.

The statement, read by attorney Brian Panish, included elements representing the views of Jackson's children, parents and siblings. Panish did not specifically request the maximum term of four years in jail for Murray, but said  the cardiologist should be punished in a way that reminds physicians that they cannot sell their services to the highest bidder.

Prosecutors had asked that Pastor sentence Murray to the maximum four-year term, while defense attorneys wanted probation for the cardiologist, saying he will lose his ability to practice medicine and likely face a lifetime of ostracism.

During the investigation into Jackson June 2009 death Murray told detectives he had been giving Jackson nightly doses of propofol to help him sleep as he prepared for a series of comeback concerts. Propofol is supposed to be used in hospital settings and has never been approved for sleep treatments, yet Murray acknowledged giving it to Jackson then leaving the room on the day the singer died.

In their sentencing memorandum, prosecutors cited Murray's own statements to push for him to receive the maximum term. They also want him to pay restitution to the singer's three children -- Prince, Paris and Blanket. It's unlikely that Murray can pay any sizable sum, including the $1.8 million cost of Jackson's funeral. He was deeply in debt when he agreed to serve as Jackson's personal physician for $150,000 a month and the singer died before Murray received any money.