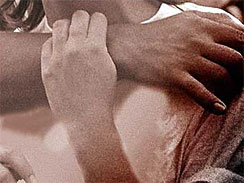 WEST HARTFORD, Conn. - He ranks among the most prolific pedophiles in American history, a doctor who abused hundreds if not thousands of children from the 1960s through the 1980s under the guise of a bogus growth study.

The victims of the late Dr. George Reardon started coming forward in droves in 2007, after the owner of Reardon's former West Hartford home cracked open a wall during a renovation project and found a hidden stash of pornographic video reels and more than 50,000 35 mm slides.

Now, some are preparing to tell their stories as the first cases related to the abuse go to trial. Jury selection began last week in one of dozens of cases against Reardon's hospital -- the start of the Hartford area's first public reckoning of the horrors that damaged the lives of countless boys and girls a generation ago.

Reardon, an endocrinologist, died in 1998 without ever facing criminal charges.

The lawsuits of the now-middle-aged victims argue that the institution where Reardon practiced medicine for 30 years, Saint Francis Hospital and Medical Center, failed to protect them. The hospital has denied that it bears responsibility for the abuse.

The trial for the first of about 90 plaintiffs is expected to begin in April, with others following one after another, potentially for years. Another 60 or so people filed claims in cases that fell outside the statute of limitations for child abuse.

Investigators say the plaintiffs represent only a small fraction of the children brutalized by Reardon, a doctor who was respected enough in his day to have parents lend their children for the study he used as cover for the abuse.

"He had the perfect setup during a time when people in positions such as doctors had absolute trust," Melanson said.

Police who interviewed the victims say many have struggled with broken relationships, substance-abuse problems, even suicide attempts. Detective Sgt. Frank Fallon said some described being abused routinely in small groups by Reardon, between outings for pancakes or ice cream, then watching the lives of their fellow victims crumble over the years.

"More times than I can tell you, that alive person would tell me, 'One became a drug addict, Billy just disappeared,"' Fallon said. "There's a lot of people who I just have to believe we don't know about because of that path their life got put on."

Ernie Allen, president of the National Center for Missing and Exploited Children, said that while Reardon had an unusually high number of victims, there is no way to rank him among other notorious predators. Serial molesters are often compared to Dean Arthur Schwartzmiller, who was arrested in California in 2005 with a diary that detailed each victim in more than 35,000 entries, but Allen said it is impossible to separate what might be real from fantasy in that case.

"The other challenge in these kinds of cases is that few of these victims report or tell anybody," Allen said. "So, our assumption is always that there are hidden victims out there whom we will never find or identify."

The abuse began in the 1950s, when Reardon was a young doctor in Albany, New York, and continued in Connecticut through the 1980s. He resigned in 1993 amid molestation accusations, but he was never charged. In 1995, he was prohibited from practicing medicine in Connecticut or any other state.

The officers who sifted through the photographs describe soul-wrenching images: Children posed in the nude, often in sexually suggestive poses or with objects inserted into their bodies. Some claim Reardon forced them to simulate sex acts with other children and manipulated their genitalia.

The victims came from across Connecticut's capital area through referrals, but they were concentrated in the affluent suburb of West Hartford, where the legacy of the abuse continues to affect many families.

"I'm really quite taken with how many people are out there," said state Sen. Beth Bye, who said at least four acquaintances in her West Hartford district have told her, since the pornographic stash was found in 2007, that they were abused by Reardon. "The story hit the paper and all these people who for many years had buried this, they just came walking into police headquarters to talk about this."

In the first years after the discovery, police held out hope they might catch an accomplice of Reardon. Two other men involved in the abuse were captured in the photographs, but sharing images with the public did not lead to an arrest. Now, despite the upcoming trial, the criminal case is closed.

Nothing is more frustrating for police than not having Reardon here to sit in the dock.

"He got away with it. He went to his grave with it. There isn't any justice that can be served," Melanson said.