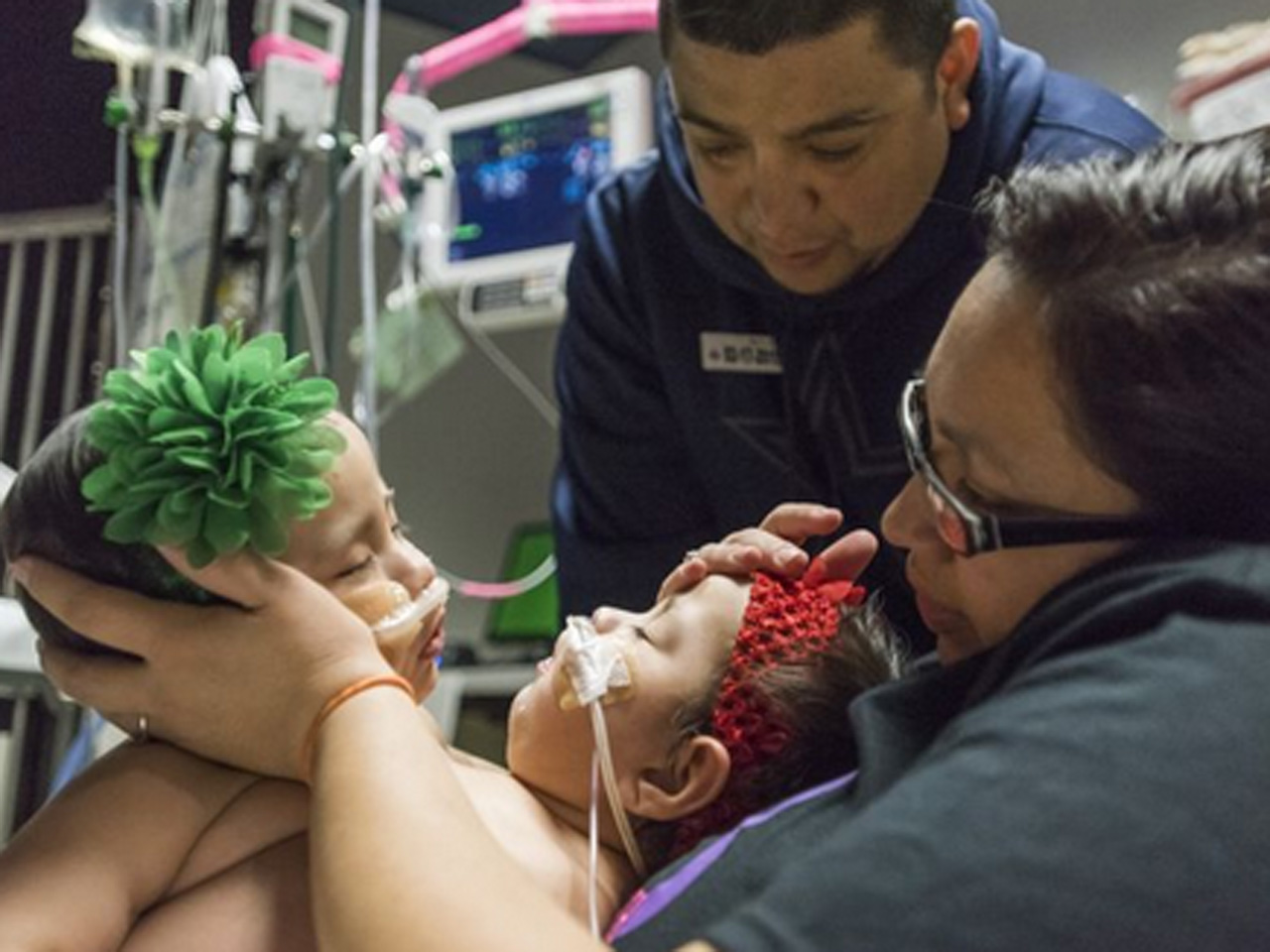 HOUSTON -- Elysse Mata still remembers the day a doctor told her she was pregnant with conjoined twins.

It wasn't long after -- 12 weeks later, on April 11 -- that Mata gave birth to Knatalye Hope and Adeline Faith Mata, twin girls joined at the chest and abdomen.

After only 10 months of living conjoined, a team of doctors at Texas Children's Hospital successfully separated the girls during a 26-hour surgery Feb. 17.

It was a trying surgery for the doctors, who had to separate Knatalye and Adeline from the chest wall, lungs, pericardial sac (the lining of the heart), diaphragm, liver, intestines, colon and pelvis.

"This surgery was not without its challenges, with the girls sharing several organ systems. Our team has been preparing for this surgery for months, and we've done everything from working with our radiology experts to build a 3D model of their organs, to conducting simulations of the actual separation surgery," said Dr. Darrell Cass, pediatric surgeon and co-director of Texas Children's Fetal Center.

It took doctors roughly 18 hours to separate the two, while doctors worked on Knatalye for 23 hours and Adeline for 26.

Knatalye and Adeline will be cared for in the Pediatric Intensive Care Unit during their recovery, certain to last for months. Doctors said they expect the twins to undergo additional surgeries in the future, and they can't speculate on a possible release date.

"We are so grateful to all the surgeons and everyone who cared for our daughters and gave them the incredible chance to live separate lives," Mata said. "We know how much planning and time went into this surgery and we are so blessed to be at a place like Texas Children's where we have access to the surgeons and caretakers that have made this dream a reality."