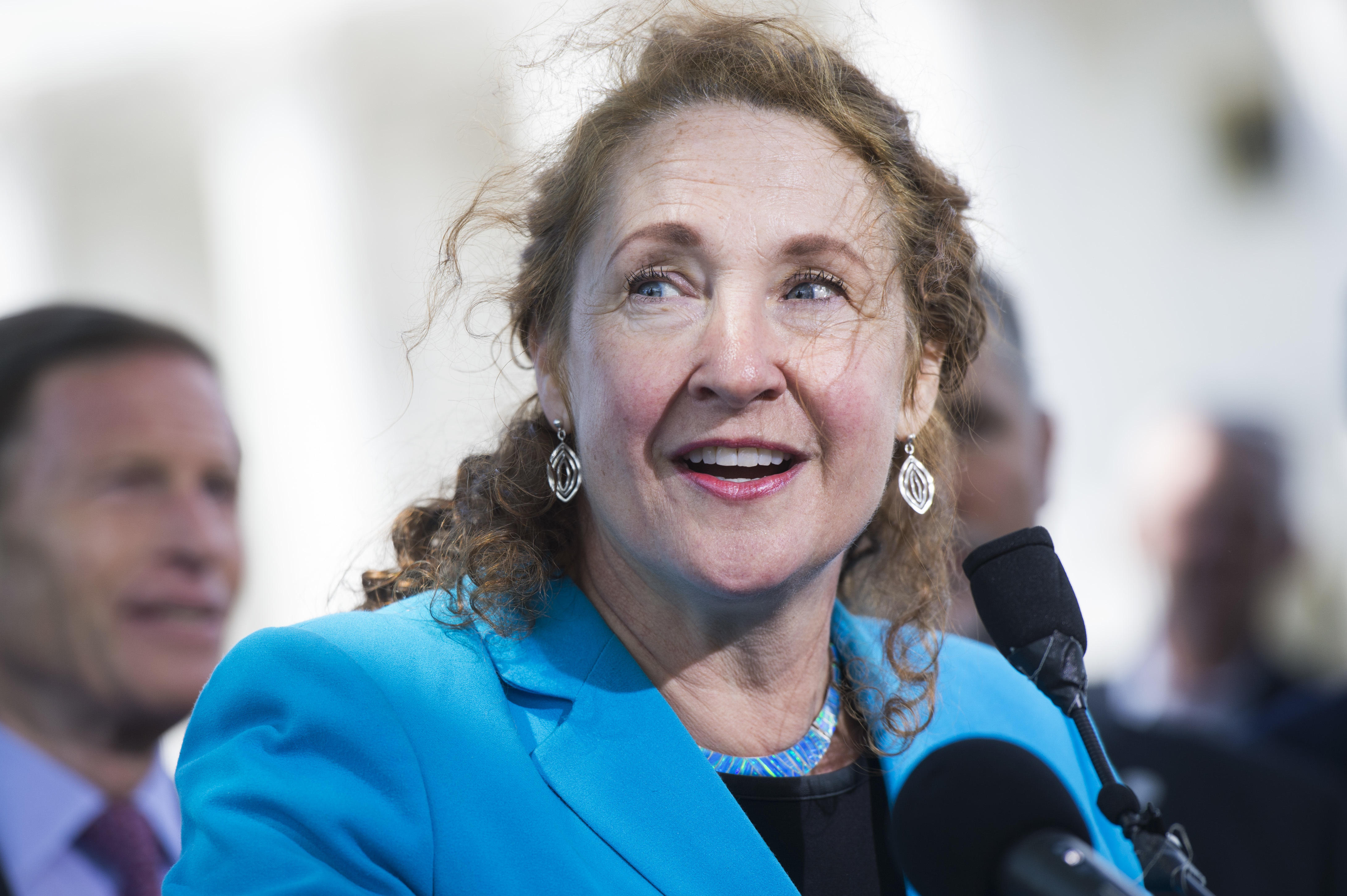 HARTFORD, Conn. — Rep. Elizabeth Esty issued an apology Thursday for failing to protect female employees who say they were harassed by her former chief of staff, including one woman who said she was punched in the back and received death threats.

The three-term Democratic congresswoman from Connecticut on Thursday also personally repaid the federal government $5,000 in severance issued to now-fired Tony Baker, according to her current chief of staff, Timothy Daly.

Esty issued a public statement responding to a Hearst Connecticut Media article saying she was "horrified and angry" to learn in 2016 that a former employee had been harassed and physically harmed, allegedly by Baker. She said she demanded Baker receive counseling. She then conducted an internal review of her office practices, later learning "the threat of violence was not an isolated incident" but a pattern of behavior by Baker affecting many of her female staffers.

Baker was Esty's chief of staff from 2014 to 2016. His spokesman denied many of the allegations.

Here is the letter Esty wrote to colleagues:

I wanted to be one of the first to share a very personal story with you regarding the harassment of my employees by my then (now former) Chief of Staff. I'm sure many of you have already seen the story released in the Washington Post. I share this story with hopes that, by speaking out about this and spreading awareness, we can prevent similar incidents from occurring in the future. None of our staff deserve to be harassed or treated with disrespect as some of my staff were.

In the spring of 2016, my then-Chief of Staff made a threat of violence against a former member of my staff. I was horrified and angry to learn that someone I put my trust into could victimize a member of my staff, someone I respect and care deeply about.

To address the immediate crisis, I demanded counseling for my offending, then-Chief of Staff and I launched an internal review of management policy and practices and an investigation into what was going on in the office. I also took a hard look at how I allowed my office to be run. Unfortunately, through the review process I learned that threat of violence was not an isolated incident, but part of a pattern of behavior that victimized many of the women on my staff.  At which point, I hired a new chief of staff, made changes to senior staff, changed employment policy, and instituted mandatory harassment trainings.

How did I not know? How did I not see it? What I do know is that wasn't an isolated incidence on Capitol Hill and that we can and must do better to ensure a safe environment for our employees.

As Members of Congress, we are all responsible for ensuring that we provide a safe and supportive environment for our staff. I can't rewrite the past – but I can help right the future. In the coming days and weeks, I'm interested in working with you on specific actions we can take to foster a better working environment here on Capitol Hill, capitalizing on the work that has already been done to ensure safe environments for our staff and taking the next steps to further strengthen these protections.

We have to be willing to look at ourselves honestly and take action to be better. I am committed to doing just that. I hope you will join me. If you have any additional questions, or if you would like to discuss this further, please do not hesitate to reach out to me directly or have your staff reach out to my new Chief of Staff Tim Daly at Tim.Daly@mail.house.gov or my new Legislative Director Danielle Most at Danielle.Most@mail.house.gov.

Daly said Esty was advised by the Office of House Employment Counsel to enter into a nondisclosure agreement with Baker as part of a settlement agreement, which included him being paid his unpaid leave and about $5,000 in severance.

Daly said the nondisclosure agreement was "a recommendation that was provided to the congresswoman as part of a means to get Tony out of the office as soon as possible." He said the congresswoman was speaking about the situation now because she believes the agreement is "moot" given the media coverage, as well as her decision that "it's time and appropriate to be transparent."

Andrew Ricci, a friend and spokesman for Baker, told Hearst that Baker lives in Columbus, Ohio. A phone number listed for a Tony Baker was disconnected.

Ricci also told Hearst that Baker denied punching the former female staffer in the back at Esty's Washington, D.C. office. Hearst cited an affidavit from the woman, which became the basis for a temporary protection order and later a year-long civil protection order, that Baker had called her cell phone about 50 times and left messages say he would track her down and kill her.

The affidavit also said he screamed at her and said he'd prevent her from getting another job if she reported him to House ethics officials.

Ricci said Baker has "spent a lot of time over the past two years becoming a stronger person." He added, "I know he's been living a sober life, and I can tell you anger management was really helpful."