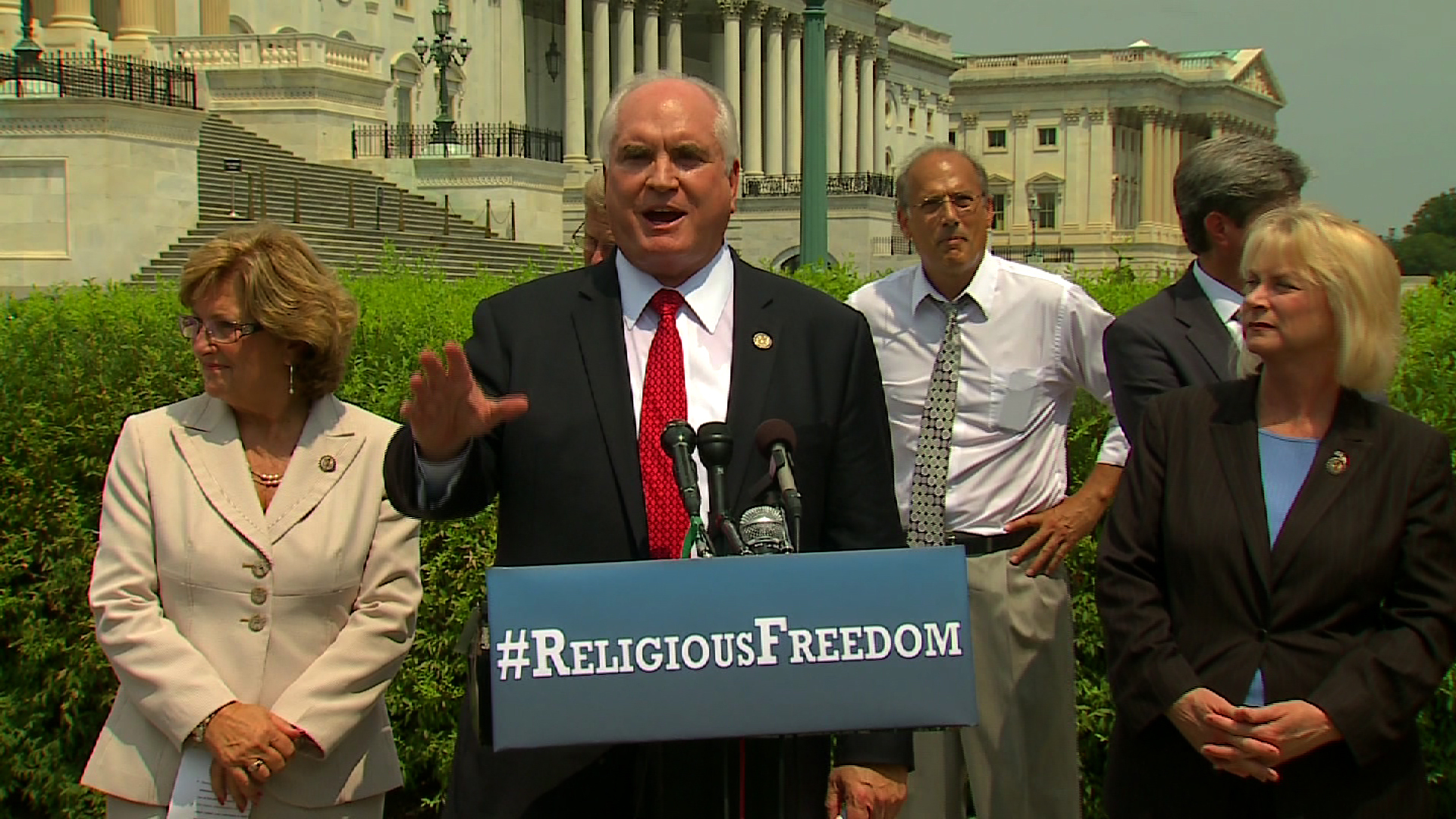 (CBS News) Rep. Mike Kelly, R-Pa., an ardent opponent of the contraception mandate that went into effect Wednesday, is comparing the beginning of the mandate to the attacks on Pearl Harbor and the September 11 terrorist attacks.

"I know in your mind you can think of the times that America was attacked," Rep. Mike Kelly, R-Pa., said during a news conference. "One is December 7th, that's Pearl Harbor Day; the other is September 11th and that's the day of a terrorist attack. I want you to remember August the first 2012 the attack on our religious freedom. That is the date that will live in infamy along with those other dates."

"Today is the day that religious freedom died," Kelly said.

Some religious organizations, including the U.S. Conference of Catholic Bishops, have vehemently opposed the mandate, which requires employers to provide free contraception coverage as part of their health care plans, including access to the "morning after pill." A religious exception was carved out for religious-affiliated organizations, such as universities and hospitals.

The exception did not go far enough for the rule's critics, who say the mandate is an assault on religious freedom.

"No American should be forced to choose between their faith and their jobs. That a false choice. That is un-American," Rep. Jeff Fortenberry, R-Neb, said at the same news conference.

The Obama administration is standing by its rule.

"No woman should have to chose between seeing her doctor and putting food on the table for her family. Now many women won't have to make that difficult choice any longer," Health and Human Services Secretary Kathleen Sebelius said.

"It is complete nonsense to suggest that a matter discussed, debated, and approved by the Congress and the President is akin to a surprise attack that killed nearly 2,500 people and launched our nation into the second World War or a terrorist attack that left nearly 3,000 dead and led to fighting and dying in Afghanistan and Iraq," he said.