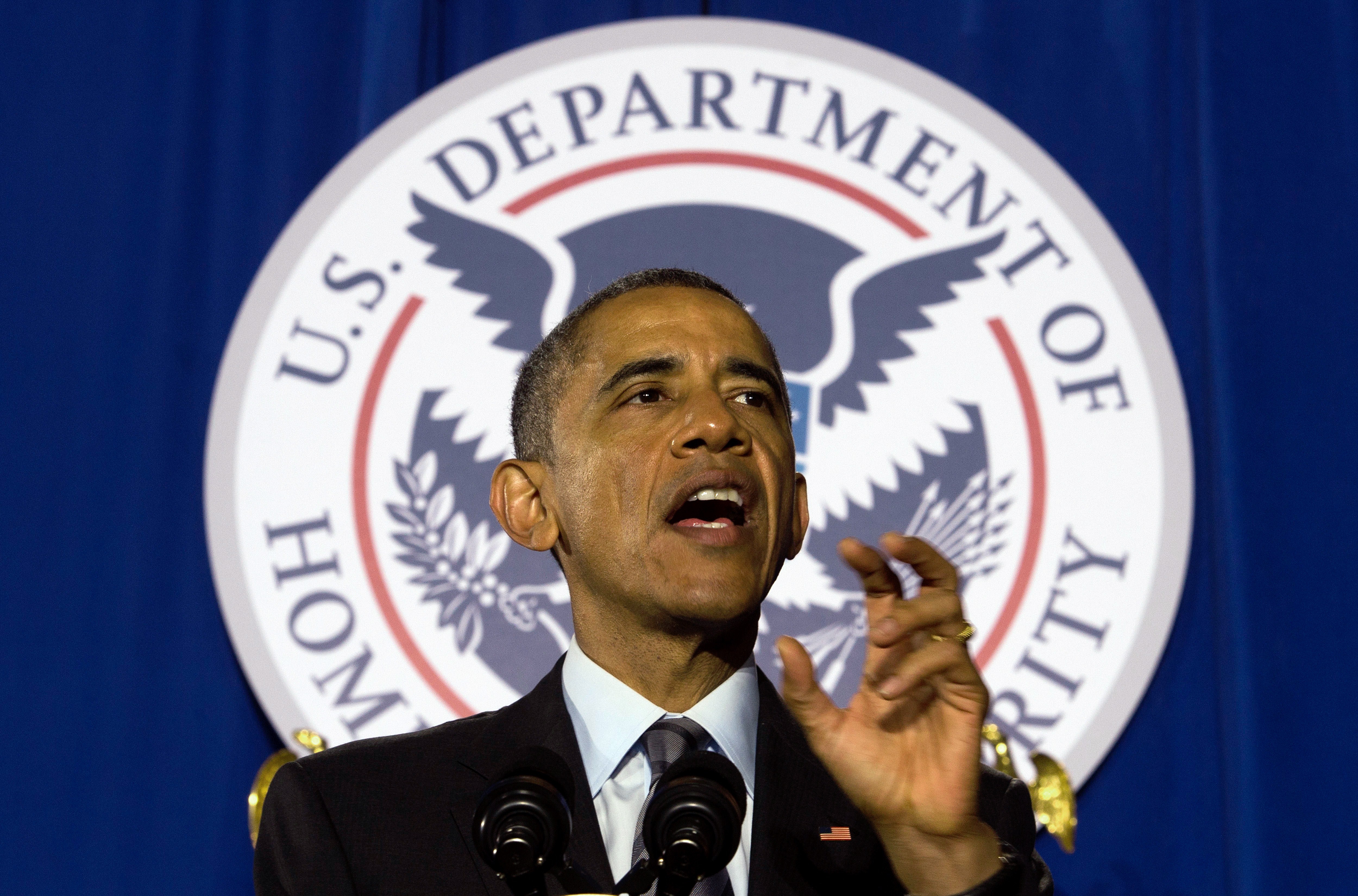 President Obama on Monday urged lawmakers to reverse the "mindless" budget decisions that have undercut national security efforts -- including the government-wide, 10-year budget cuts known as "sequestration," as well as the delay in funding for the Department of Homeland Security (DHS).

"What we can't do is play politics with folks' economic security or with our national security," Mr. Obama said, addressing DHS employees. "The work you do hangs in the balance."

If Congress doesn't pass legislation to fund DHS by Feb. 27, the agency won't be able to pay for some of its core operations. Nearly 150,000 DHS employees would have to work without getting paid, including 40,000 border patrol agents, 50,000 Transportation Security Administration (TSA) security screeners, and 13,000 Immigration and Customs Enforcement (ICE) officers.

Congress has yet to pass DHS funding because Republicans are using attempting to use the funding bill to roll back Mr. Obama's executive actions on immigration.

"I think we can have a reasonable debate about immigration," Mr. Obama said, adding that he's confident his actions are "the right thing and the lawful thing" to do. "If they don't agree with me, that's fine... but don't jeopardize our national security over this disagreement."

The president also spoke at DHS about the 2016 budget proposal he's sending to Congress this week, which calls for rolling back the sequestration budget cuts that were enacted in a 2011 budget deal.

Mr. Obama said he wants to "work with Congress to replace mindless austerity with smart investments." He added, "We can do so in a way that is fiscally responsible."

The president argued that increasing spending for both the military and for domestic priorities is important for national security.

Mr. Obama's budget proposal would match the investments made domestically dollar for dollar with increases in defense funding. The president argued that eliminating the sequester cuts will help further stimulate the economy. He noted that he eliminated some of the cuts in 2013, which he said, "helped to boost our economic growth."

"Part of the reason why we grew faster last year was, we were no longer being burdened by mindless across- the-board cuts," Mr. Obama said. "And we were being more strategic about how we handled our federal budget. And now we need to take the next step."