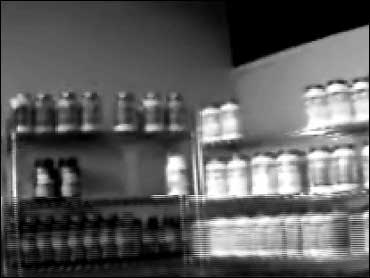 An influential senator is looking into whether Congress should re-regulate dietary supplements because steroids and other banned substances are finding their way into over-the-counter bodybuilding products.

He said his interest was piqued in part by the case of Phillies pitcher J.C. Romero, who was suspended for 50 games this season after testing positive for androstenedione, a substance that slugger Mark McGwire used in the 1990s that was later banned by baseball.

Romero sued the manufacturer of an over-the-counter supplement earlier this year, arguing that it should bear the blame for his suspension because it misrepresented its products and ingredients.

"We're looking at whether there's adequate protection for consumers from getting these supplements which have steroids or steroid-like substances," Specter told The Associated Press in an interview. "These tainted products can cause life-threatening injuries, such as kidney failure and liver injury."

Congress rewrote the dietary supplements regulations in 1994. Some critics say the regulations are not strong enough.

Now, the Major League Baseball Players Association is pressing Congress to establish stricter reporting requirements for supplement manufacturers and tougher penalties for repeat offenders. The union is also lobbying Congress to require that supplements be analyzed by a federally certified lab that would determine the ingredients to be listed on the label.

Don Fehr, head of the baseball players union, said the lack of government regulation is especially problematic for amateur and professional athletes who might use over-the-counter supplements, because a positive test for a banned substance can lead to suspension.

"Players, like everyone else, have no idea what they're taking," Fehr said in an interview. "I'm sure there are some good supplement products in the market that are safe, effective and accurately identified. I hope these products can be protected. But as of now, there is no way a player or anyone else can know with certainty that what they are taking is accurately described on the label."

Last week, Food and Drug Administration investigators executed a search warrant of BodyBuilding.com, seeking evidence that it deals in designer steroids and andro. The FDA conducted a similar probe of American Cellular Labs in July.

Steve Mister, president and CEO of the Council for Responsible Nutrition, which represents the dietary supplement industry, said there is a "small fringe" of manufacturers that offer products which include steroids and other banned substances. He said sports nutrition supplements account for about 10 percent of the $25 billion supplement industry, and "those muscle enlargement products that seem to be a concern are just a small fraction of that."

Travis Tygart, CEO of the U.S. Anti-Doping Agency, who will testify at Tuesday's hearing along with officials from the FDA and the Drug Enforcement Administration, among others, said the problem affects all levels of society.