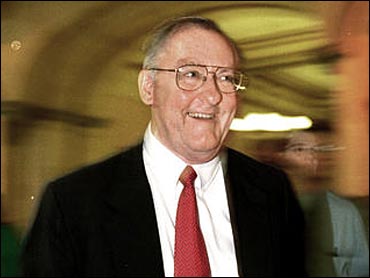 The women who fought to create the Sept. 11 commission are all widows of the terrorist attack that day.

Some 18 months later, they still don't have an answer: about what happened, what went wrong and what must be done to ensure it never happens again.

Mindy Kleinberg plans to make their case in front of the commission.

Kleinberg and the other women want to highlight, "the fact that the cleaning personnel don't get checked" and "neither do the people who bring on the meals."

Those questions about airline security are critical to the investigation. But, now comes a serious allegation: that the Sept. 11 commission is stacked with members tied directly to the airline industry.

"Here we've got the most important event in America in the past 50 years, the most horrible thing that's happened to Americans, and yet we pick a bunch of people who are connected to the very people who are at the center of the question of who's at fault," says Terry Brunner, a former federal prosecutor who now runs the Aviation Integrity Project in Chicago. "It's ridiculous."

Brunner checked out the commissioners and discovered that out of 10, at least six represent the very companies they're now investigating.

"They're all up to here, with either being connected to the airlines or to the manufacturer of the airplane," says Brunner.

One of the commissioners, former Illinois Gov. Jim Thompson, once represented United and still counsels American - the very airlines involved in the Sept. 11 attack.

"The issue of my firm's representing American shouldn't be taken too far," says Thompson. "I don't think the commission as a whole is conflicted."

"When you've got six out of the ten people, a majority of the group, are connected in that way, how can they make an honest call?" asks Brunner.

Thompson, however, says the commission can reach an honest finding free of conflicts.

"I do, because I've got tremendous faith in the credibility, integrity and the honesty of the commissioners and because we know the whole world will be watching."

Especially the families of the victims, watching to make sure the commission gets honest answers.

"I would hope they would be able to put aside their financial interests to do the job that needs to be done," says Kristen Breitweiser, a Sept. 11 widow.

She hopes they do this to ensure the terror of Sept. 11 is never repeated.