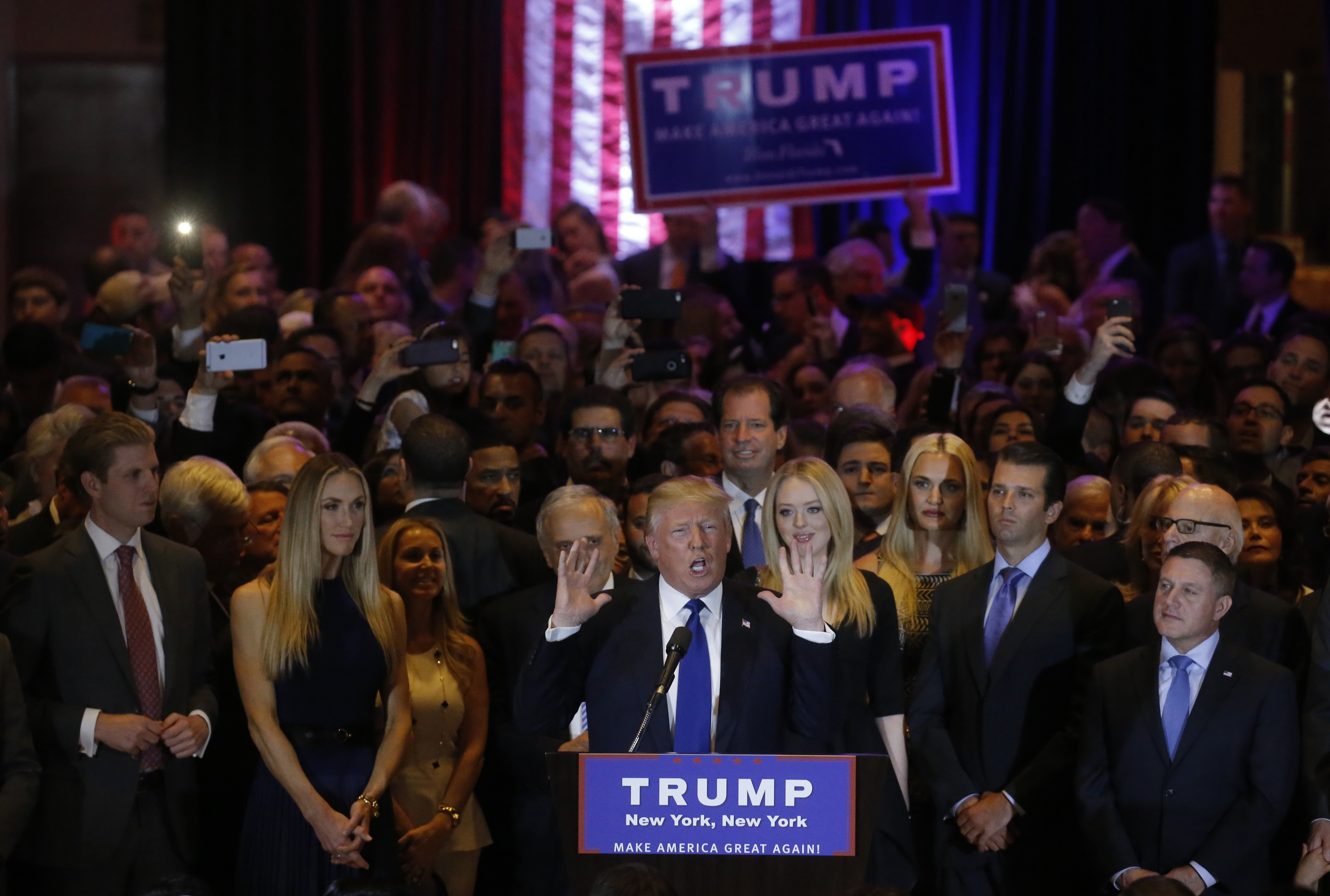 On Tuesday afternoon, President-elect Donald Trump went to the Manhattan offices of the New York Times for an on-the-record meeting with staffers of the news organization.

It was a reminder that despite his limited number of interviews since being elected the 45th president 15 days ago, Mr. Trump has not yet held a press conference.

Last week, CBS News compared Mr. Trump’s timeline to past presidential transitions and found that, as far as cabinet and staff appointments go, he’s on pace with his predecessors. However, in comparison to the several most recent administrations, Trump is demonstrably behind on his engagement with the press.

His post-Election Day actions raise questions about the kind of access the press will have to Mr. Trump once he’s taken office in the White House. Open press access to the president is important not just to reporters, but to the public at large -- which deserves to know that their elected leader is accountable for his actions and whereabouts.

With that in mind, here’s a look at how Mr. Trump and past presidents-elect have engaged with the press during their transition periods:

Since his victory speech in the early hours of Nov. 9, the president-elect has largely been sequestered either at Trump Tower or at his golf resort in Bedminster, N.J. There have been shots of him shaking hands with potential cabinet appointees -- like 2012 GOP nominee Mitt Romney, or Arizona’s Kris Kobach for example -- but on none of those occasions did he take questions from reporters.

In addition to his stop at the Times on Tuesday, Mr. Trump also met privately with network executives Monday and has done a handful of sit-down interviews since Election Day -- including with CBS’ “60 Minutes” -- but these are, of course, very different than a full-blown press conference.

None of this is to say that Mr. Trump’s team is not providing frequent updates on his behalf: his transition team holds a daily call with reporters, and aides like Kellyanne Conway, Jason Miller and Hope Hicks are responding to questions or holding press gaggles at Trump Tower. But apart from a 2.5-minute video released Monday and occasional tweets, Mr. Trump himself has not been the one providing updates on the transition process.

Eschewing press conferences is not the only way Mr. Trump’s engagement with the press has been different than past presidents-elect. He has also not adhered to the traditional protective press pool that past presidents and presidents-elect have accommodated, which means a small group of reporters follows the president-elect’s whereabouts each day and travels along with him when he leaves his residence. Last week, Mr. Trump’s staff told reporters he was in for the night, but he instead took an unannounced trip to a New York City steakhouse.

And in fact, his lack of engagement with the press extends back far beyond Election Day: the last time Mr. Trump held a full press conference was at his Florida resort on July 27, almost four months ago. He took questions from a smaller group of reporters on Sept. 5.

After his acceptance speech in Chicago’s Grant Park the night of Election Day, which was Nov. 4, 2008, Mr. Obama waited only three days before holding his first press conference as the president-elect.

On Nov. 7, 2008, he spoke to reporters to outline his first planned steps to combat the economic crisis, taking questions from his position on implementing tax increases to his intelligence briefings.

“Immediately after I become president, I’m going to confront this economic crisis head on by taking all necessary steps to ease the credit crisis, help hardworking families, and restore growth and prosperity,” Mr. Obama said.

Mr. Obama held another news conference on Nov. 24, 2008, to introduce his economic team and take questions from reporters. He held a similar news conference to introduce his picks for national security positions and take more questions, including Hillary Clinton as his secretary of State, on Dec. 1. Other similar events with Mr. Obama introducing a cabinet nominee and taking questions were held throughout December.

The timeline for the 2000 election is about a month later than others: then-Texas Gov. George W. Bush was not declared the winner of the race until Dec. 12, and Democratic candidate Al Gore delivered his concession speech on Dec. 13 -- more than a month after voters originally went to the polls.

After that, Bush held a series of nearly-daily press conferences to announce top cabinet picks, Powell included. On Dec. 16, he announced Powell’s selection and took some questions from the press at each; similar news conferences followed on Dec. 17, 20, 21, 22, and 28. He also took questions following a meeting with congressional leaders on Capitol Hill on Dec. 18.

He held one on Nov. 12, in Little Rock, Ark., in which he took questions about his plans to revitalize the economy, on middle-class tax cuts, his expected relationship with Republican opposition in Congress and his foreign policy priorities.

Clinton’s next press conference was just four days later, on Nov. 16 in Little Rock, answering questions about policy regarding Bosnia and Vietnam, the issue of gays in the military and cuts to congressional staff.

Clinton held another press conference on Dec. 10, 1992, to introduce his first Cabinet pick (Lloyd Bentsen for Treasury Secretary) and take questions from reporters.

Going farther back, Ronald Reagan did not hold press conferences until after he was inaugurated in 1981. George H.W. Bush held a press conference the day after Election Day in 1988.